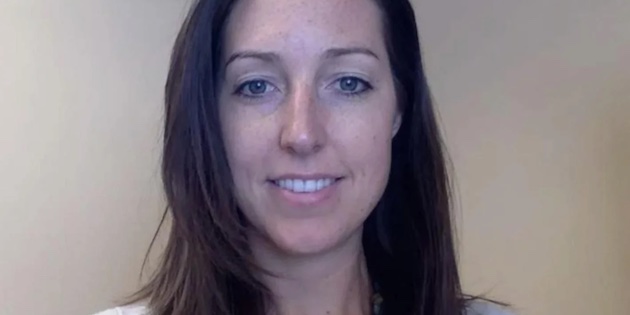 UPDATE: The story of the ten-year-old girl has turned out to be true. People doubted the story because she didn’t report the crime to law enforcement and she is now under investigation and could lose her medical license according to Indiana AG Todd Rokita. The girl was raped by a 27-year-old illegal alien. Also, the girl did not have to leave Ohio for the abortion because Ohio has an exemption when the life of the mother is at risk.)

Dr. Caitlin Bernard loves the spotlight. The Indiana abortionist gets interviewed on television and in print whenever state laws seek to limit abortions that is no accident because laws can affect her enormous bottom line. She runs a very lucrative abortion mill in Indiana. Perhaps that is why she made up the story of the 10-year-old rape victim. That could also be why she has been accused of refusing to report abortions for underage girls as required by law.

Indiana Right to Life audited termination of pregnancy reports that are public records in 2018 and found that nine doctors have broken the law by not reporting underage abortions and Dr Bernard was one of them:

Some of the girls under 16 years old who had abortions that weren’t reported to DCS were as young as 12 and 13. The alleged 48 instances of failure to report occurred since July 1, 2017. The 48 consumer complaints have been filed with Indiana Attorney General Curtis Hill and the Indiana State Department of Health. The Marion, Lake, Tippecanoe and Monroe county prosecutors have also been notified.

In Indiana, the state requires doctors to report all abortions of girls under 17. They don’t specify the required age of non-birthing girls. Bernard has put herself in a precarious situation, inasmuch as the Gateway Pundit is investigating to see if she reported doing an abortion on a ten-year-old girl without reporting it. She either will have to admit to being a liar or risk losing her medical license for not reporting the underage abortion.

Law enforcement uses these reports to determine if the minor was the victim of abuse or rape. But apparently, Bernard and some of her colleagues don’t think it’s important or necessary to make sure that the girls on whom they perform abortions get justice against rapists.

Did Bernard report this alleged 10-year-old rape victim to Indiana authorities as she was required to by law? That is the big question, and it’s one we are going to get to the bottom of. PJ Media is waiting on the Indiana Department of Health to respond to a media request for those public records, and we will bring them to you when we get them.

In the meantime, we hope Dr. Bernard is enjoying her fifteen minutes of fame.