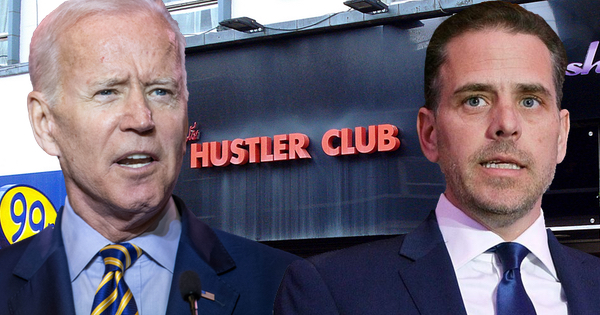 Uh oh. No more $3.5 million dollar checks for Hunter Biden or 10% for The Big Guy. And Hillary can forget any more Putin bucks for a third run at the White House. Russia is cutting them off from feeding at the trough. Hunter Biden took the whole thing in stride, declaring, “We still got China.”  Secretary of State Anthony Blinken will also be scrounging around elsewhere for money as Russia cuts him off as well.

The European Union Council on Tuesday imposed a fourth package of economic and individual sanctions, including restricting the export of luxury goods to Russia and banning new investments in Russia’s energy sector.

Sanctions also target “key oligarchs, lobbyist and propagandists pushing the Kremlin’s narrative on the situation in Ukraine,” the Council said in a statement.

“The aim of the sanctions is that President Putin stops this inhuman and senseless war,” Josep Borrell, High Representative of the European Union for Foreign Affairs and Security Policy, said in a statement.

The United Kingdom is expanding sanctions targeting over 300 people including former Russian President Dmitry Medvedev and oligarchs with an estimated worth of more than $94 billion.

The U.S. is also expanding sanctions, including against Russian Ministry of Defense officials.

NEW: In retaliation for sanctions from the U.S., Russia’s foreign ministry has announced personal sanctions against Pres. Biden and many top administration officials. https://t.co/MMGgRkzv0M pic.twitter.com/8sjhjI0nDM

The new Russian actions forbid them from entering Russia as well as Justin Trudeau and 300 other Canadians. Hunter will still be able to purchase Russian Vodka from the duty-free store. Russian dressing will be for sale at Walmart and Russian Wolfhounds will still appear at the dog shows. But, the Nord Stream 3 cash pipeline has been canceled, although if Hillary can swing it, Russia will buy the rest of our uranium they don’t already own …