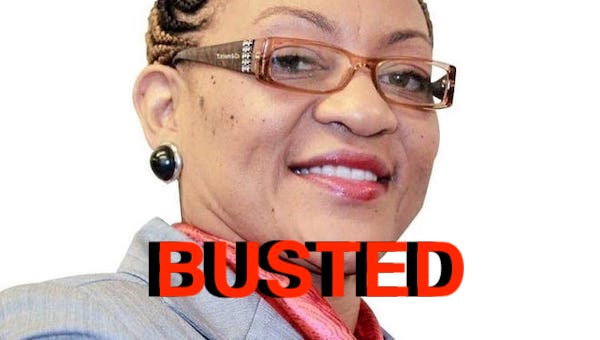 Corruption, thy name is Democrat.

Cincinnati was where Minneapolis is today many years ago. The police were vilified and Al Sharpton was in the city trying to raise funds for himself. The conclusion was a deal that left Cincinnati police worried about being prosecuted for doing their job.

As a result, the murder rate jumped to ridiculous highs. The entire city council was practically replacing the old guard, proceeding to drive business out of their city.

Cincinnati had just built a new baseball park and football stadium along the Ohio River. The plan was to sell the land in between the two for high prices to get businesses to move into a dying city. But, the inexperience council decided that instead of giving tax breaks to companies moving in, they would put a whole bevy of new taxes in place. The new aquarium and the mall slated for Cincinnati merely moved to the Kentucky side of the river.

Now, a former mayoral candidate has been arrested for fraud and may spend the next thirty years in prison. Kelli Prather, who mounted a losing effort to be mayor applied for PPP loans for six businesses she owned.

The problem was the six businesses were not active so there were no jobs to be protected. The companies were Enhanced Healthcare Solutions, Life Skills Enhancement, Prather Property Management, Reliable Ambulette Services, Rich Glo Management Services and Tots R Us.

Three Cincinnati women, including former mayoral hopeful Kelli Prather, received hundreds of thousands of dollars from federal pandemic relief funds after lying in their applications, according to federal prosecutors.

Prather, 48; Toni Wright, 34; and Melissa McGhee, 37, each stand charged with bank fraud in connection to their loan applications and could be sentenced to over 30 years in prison.