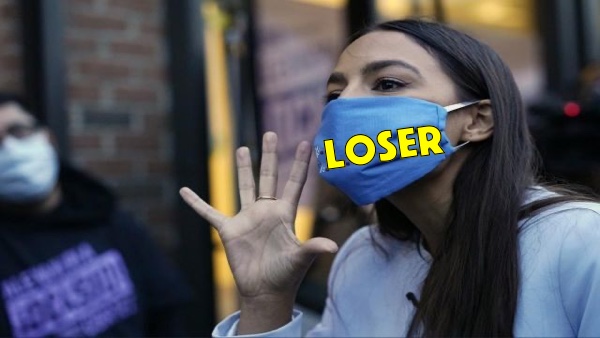 In a recent study by a nonpartisan panel of two universities that Alexandria Ocasio-Cortez is one of the very weakest Democrats in the House. Since she gained office, she has introduced 21 bills. Not one of them made it out of committee and therefore could not be voted on or passed.

The reason is clear. She is way too far left to suit the tastes and the electoral chances for many Democrats.

At the time of the testing, there were 240 Democrats in the House and AOC ranked 230th. I figure she beat Maxine Waters but off-hand cannot think of who the other nine are because let’s face it, Democrats as a whole are not very effective.

Bills from Democrats are like sex in a prison. What you want you can’t get and what you are getting you don’t want.

In fact, the Republicans are expected to roll the House over to their side in 2022 thanks to the radical bills Nancy Pelosi keeps pushing through.

Mostly, AOC is into photo-ops and bluster. That won’t get you very far. Three vulnerable Democrats have or will have returned campaign contributions from AOC because they see that being aligned with her would hamper their reelection chances.

AOC is very much in trouble herself as she is as popular within the Democrats as is the constitution. New York is expected to lose one or two seats in the House and it is believed that her district would be one the Democrats will eliminate.

Since taking office, she has worked against the reelection of incumbent Democrats.

Rep. Alexandria Ocasio-Cortez was among the least effective members of the last Congress according to a new survey from the nonpartisan Center for Effective Lawmaking — a joint project of Vanderbilt University and the University of Virginia.

AOC introduced a total of 21 bills which the center defined as “substantive” — but that is where the story ends. Her legislation received no action in committees, no floor votes, and none ever became law, according to the center, which takes its data from Congress.gov.