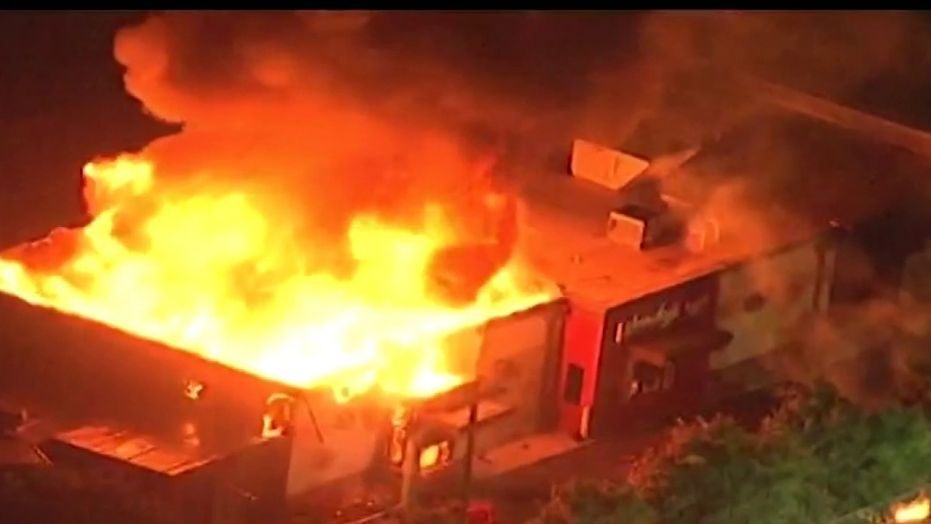 ICYMI| Police are reporting that a man and a woman were accosted by a group of Black men, some with guns who told them that University Avenue is for Blacks only. They were told to turn around. The man rolled down his window to talk to the men and explain he needed to get on the Interstate.

When he rolled down the window, he got punched three times in the face and then they began throwing rocks at the couple and the car, breaking out the windows and denting the car. The woman claims that she was hit with rocks a couple of times.

Ty Spiceland, 35, and a woman who didn’t want to be identified were victims of the attack.

“Overall I absolutely agree with their side. All I wanted to do is just roll down the window and try and reason with the guy and say, ‘Hey, we’re not going to Wendy’s, we’re just passing through, we’ll be gone in one second.’ And he just didn’t want to hear that or anything about that, he straight-up said, ‘No white people are allowed on this road.'”

“It’s scary to have someone come after you like that. We take their side. We weren’t being disrespectful in any kind of way. We were just trying to get on the interstate.”

She says windows were shattered, she had minor injuries, and police told her and her friend to avoid the area. She says she was on her way to the interstate. A police report has been filed. pic.twitter.com/leNpXZBZBS

On Saturday night, a 35-year-old man was shot outside the same Wendy’s by someone who left the scene in a Grey Dodge Challenger. The man was shot in the leg and taken to the hospital.

Twitter video also captured another shooting outside the burned-out Wendy’s on Friday. A woman was shot in the leg during a vigil for Brooks.

Police are still investigating both of those incidents.