George Soros is a billionaire financier and philanthropist who has been accused of paying off the media. He is said to have used his money to influence the media in order to further his political agenda.

Soros has been a major donor to left-wing causes and politicians, including Hillary Clinton and Barack Obama. He is also the founder of Open Society Foundations, a grant-making organization that has given millions of dollars to media organizations around the world.

Critics say that Soros’s donations to media organizations create a conflict of interest, as these organizations are then beholden to him and his views. They also argue that he uses his money to silence dissent and promote his own agenda.

Liberal billionaire George Soros is tied to some of the most influential media figures in the United States and abroad through cash he provides to groups affiliated with them, according to a new study conducted by MRC Business.

“In fact, his funding has helped him establish ties with some of the biggest name media personalities in the United States and abroad which help indoctrinate millions with his views on a day-to-day basis. MRC Business found at least prominent 54 media figures… who are tied to Soros through their connections to organizations that he funds,” Vazquez and Schneider continued. “These include personalities like ‘NBC Nightly News’ anchor Lester Holt and The Washington Post executive editor Sally Buzbee.”

MRC Business, part of the conservative Media Research Center, unveiled the final report of a three-part series exploring the extent of Soros’ influence over the international media. The study previously revealed that Soros shelled out at least $131 million between 2016 and 2020 to influence 253 media groups.

“This network of media ties allows Soros to hold sizable influence over the stories that the media covers, how they cover those stories, and what stories they don’t cover,” Vazquez and Schneider wrote.

“The others encompass reporters, anchors, columnists, editors, news executives and journalists linked to organizations like ABC, CBS, NPR, Bloomberg News, Reuters, The New York Times and a host of additional outlets,” Vazquez and Schneider wrote.Many of the media figures are tied to Soros through the Committee to Protect Journalists (CPJ), which received 2.7 million from Soros-backed groups. Winkler Holt, Buzbee and Amanpour are among the CPJ’s board members.

The MRC found examples of several CPJ board members defending Soros in their news coverage, both subtly and aggressively.

Not all the media heavyweights tied to Soros’ cash are in front of the camera. NBCUniversal News Group Chairman Cesar Conde, who runs NBC News, MSNBC and CNBC, is also tied to Soros’ cash through the Aspen Institute, which awarded the NBC honcho its Henry Crown Fellowship. Soros’ groups gave over $1.1 million to the Aspen Institute between 2016 and 2020, according to the study. 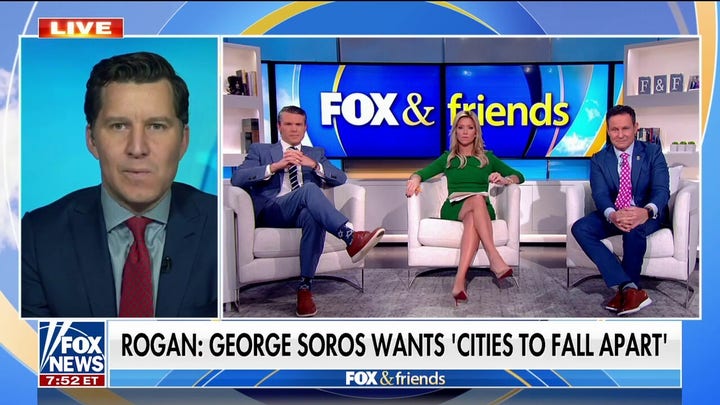 Video
In this article:featured