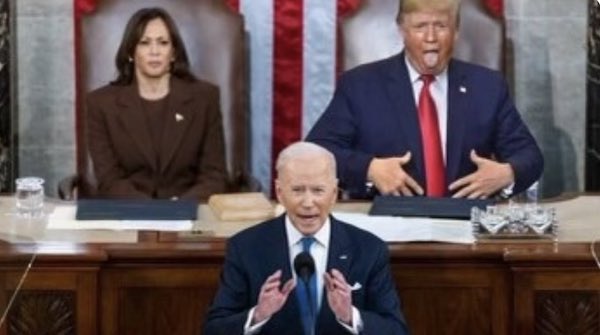 Rep. Matt Gaetz has voted for 45th President Donald Trump to be Speaker of the House, as the House enters day three of deadlock.

The Representative for Florida’s 1st District voted for the former President during the seventh vote for the Speaker on the House, the first vote on the third day of doing so. Rep. Kevin McCarthy of California, the presumptive Speaker, has failed to take the position after numerous rounds, the first time this has happened since 1923.

Initially, a group of around 20 Republicans had chosen to back Rep. Jim Jordan as an alternative to McCarthy, but Jordan, who appears to be vying to take over the House Judiciary Committee, stuck by McCarthy. Rep. Byron Donalds, also of Florida, became the anti-McCarthy candidate for the subsequent rounds of voting, with Gaetz backing Donalds until his vote for Trump.

My vote for Speaker of the House today?

While Gaetz was the only Representative to vote for Trump in the seventh round of votes, which McCarthy eventually lost by the same margin, he may not be the only one to do so in any subsequent rounds. Rep. Lauren Boebert of Colorado suggested to Sean Hannity on Wednesday night that she may nominate President Trump for the Speaker position.

Trump himself initially stuck by his endorsement of McCarthy on Wednesday morning, after the California Representative had lost three rounds of voting, and suggested that Congressional Republicans should instead be focusing on taking down Senate Minority Leader Mitch McConnell.

While Trump has yet to comment on the vote from Gaetz, his spokeswoman Liz Harrington retweeted a clip of the Speaker vote from Gaetz’s official Twitter account. “Let’s GOOOOO!” Gaetz wrote in response.

Following the vote, “Trump for Speaker” trended on Twitter at number five in the United States, with many supporters of the former President’s America First agenda backing the move. Gavin Wax of the New York Young Republicans declared that we are now in “the best timeline.”

Gaetz votes for Donald Trump to be speaker.

“Sir, Trump for speaker is already trending on Twitter” pic.twitter.com/OrJq3Q0cCV

Rep. Gaetz just voted for Donald John Trump to be Speaker of the House.

Trump wears a US flag pin on his jacket.

That says it all.

As Valiant News reported, McCarthy revealed he had “dinner” with billionaire Klaus Schwab at the World Economic Forum in 2018 during remarks he made on a panel with Mitch McConnell’s wife, Elaine Chao, a shipping heiress of Chinese descent.