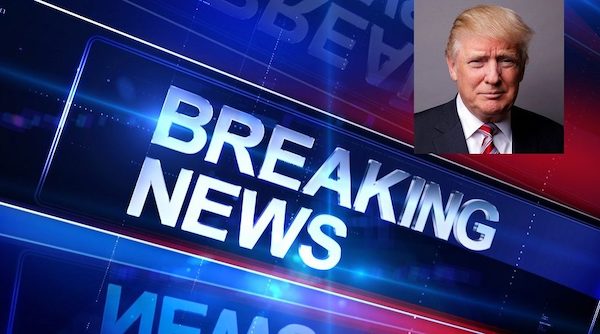 45th President Donald Trump has celebrated the victories of 216 candidates that he backed in the midterm elections, slamming “fake news” reports that he was “furious” about the results.

Speaking to Fox News, Trump said that he was very “proud” of his endorsed candidates who won their races all across the country, both at the state and federal levels, with 216 of his picks winning nationwide, compared to only 19 losses.

Some of those wins included Senator-elects JD Vance of Ohio and Eric Schmidt in Missouri, along with incumbents Rubio, Grassley, and Ron Johnson, with Trump declaring that Vance had “performed very well” in his election.

He lambasted an apparent “fake news narrative” that he was “furious” with the results, when it was actually just the opposite. “The people I endorsed did very well. I was batting 98.6% in the primaries, and 216 to 19 in the general election—that is amazing,” he said, adding that “all these guys that are winning are my people.”

Trump touts ‘tremendous’ wins for endorsed candidates, says ‘why would anything change?’ on 2024 announcement https://t.co/WnHTIC58kn

One notable loss for Trump was Mehmet Oz, who conceded to Democrat John Fetterman in the Pennsylvania Senate race. “Oz worked very hard, but there were forces against him,” Trump explained, further noting that the candidates he backs “always perform better when [he’s] on the ticket.”

Three seats in the Senate where Republican challengers are facing off against Democrat incumbents have yet to declare a winner on either side, meaning that Trump may still have three more potential victories to add to his midterm scorecard this year.

Adam Laxalt faces off against Catherine Cortez-Masto in Nevada, with a small margin in current vote tallies. Arizona’s Blake Masters trails Democrat Mark Kelly, but with only 66% of the vote in, may still pull off an upset. In Georgia, a run-off is set to take place between Herschel Walker and Raphael Warnock, who was elected in the previous Georgia special election.

Trump said that Herschel was a “great guy,” and suggested to Fox News that he may get involved in campaigning or providing funding for him in the run-off election. “We have a lot of money,” Trump noted. “I will always help Herschel.”