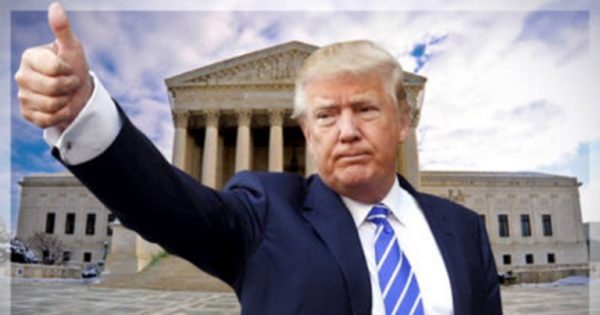 There is little we love more than when a judge or court steps up and makes a huge ruling in favor of the rule of law and open, free and fair elections.

Luckily for the good people of the United States of America, and in this case, Georgia especially, that is what just happened!

Check out the news …

Last month, The Gateway Pundit reported on a crucial Georgia Supreme Court ruling that gave standing to the voters in Georgia without individualized injury to bring suit in the state:

“To that end, only plaintiffs with a cognizable injury can bring a suit in
Georgia courts. Unlike federal law, however, that injury need not
always be individualized; sometimes it can be a generalized
grievance shared by community members, especially other
residents, taxpayers, voters, or citizens.”

The ruling would give standing back to VoterGA.org in their ongoing effort to unseal the 2020 election ballots in Fulton County, Ga.  President Trump Truthed our article to his Truth Social platform: Fast forward to November 21, 2022 and we now have a federal ruling that gives standing to “recent and future congressional candidates to challenge the constitutionality of California’s election laws, regulations, policies, and procedures” according to an article by Globe Newswire.

The Ninth Circuit has ruled that Election Integrity Project®California (EIPCa), James Bradley (US Senate Candidate, Co Lead Plaintiff) and recent and future congressional candidates have standing to challenge the constitutionality of California’s election laws, regulations, policies and procedures that have weakened or removed integrity from the election process. Though the Constitution gives authority to state legislators to pass laws to manage elections and process ballots, EIPCa asserts they do not have carte blanche authority to pass laws that diminish the value of lawfully cast ballots.

The decision remanded the lawsuit to the lower court for discovery, which is the next phase of the litigation.”

“This lawsuit is monumental because it is the first to challenge the constitutionality of California’s election laws and procedures, and we are the first to get past the standing issue,” says Mariah Gondeiro, the lead attorney who works for Advocates for Faith and Freedom. “If we win, California will be required to enforce secure and uniform vote casting and vote counting procedures.”

“For over a decade, Election Integrity Project®California has researched and documented every aspect of California’s election process and identified how these laws transformed the traditional Election Day into a 60-day election season fraught with easy to manipulate procedures,” says Linda Paine, President of EIPCa. “We are now seeing California-style laws in states across the country creating the same problems that have been witnessed and documented by EIPCa-trained observers in California for years.”

Not only does this case rejuvenate the EIPCa’s effort to clean up California’s corrupt election law, but it may give standing to other candidates nationwide who challenge election laws.  Lake v Hobbs, for example, is pending appeal in the very same Ninth Circuit.  The case was dismissed in August 2022 for a lack of standing because “they have articulated only conjectural allegations of potential injuries that are in any event barred by the Eleventh Amendment, and seek relief that the Court cannot grant under  the Purcell principle.”

Fast forward to the 2022 General Election ripe with widespread machine failure and/or manipulation and it seems the Lake v Hobbs case may have been rather significant in ensuring the election was safe and fair.  Hopefully the Lake Campaign is given a fair opportunity to make their case, finally, in a court of “law”.

The EIP has also raised grave concern with Nevada’s voter lists as well.