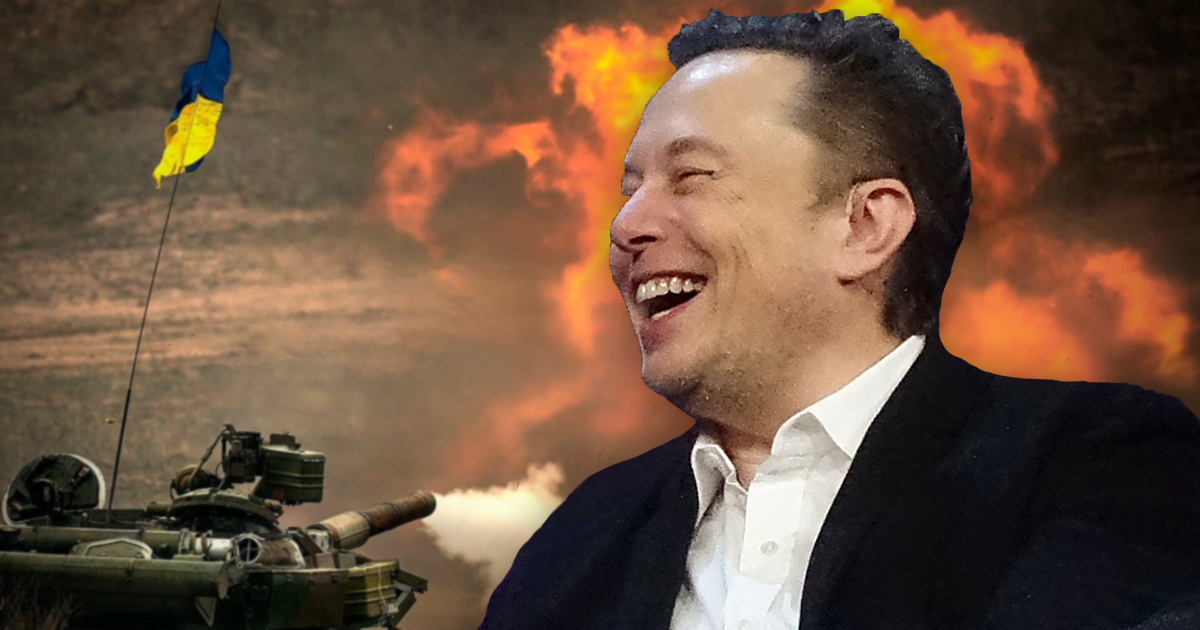 Syndicated with permission via Valiant News| Andrew White|  Tesla CEO Elon Musk was reportedly placed on an unofficial Ukrainian “kill list” this week amid backlash over his proposed peace plan in Eastern Europe.

The “kill list,” known as “Mirotvorets, is reportedly a database that lists apparent “enemies of Ukraine” featuring the personal information of thousands of journalists, activists, and public figures including their personal addresses, phone numbers, bank account information, and other information that could assist in an assassination.

“Musk added to Ukraine’s Myrotvorets kill list (which includes 327 children!),” reported journalist Eva Karene Bartlett. “I’ve been speaking & writing about this list for years, after being placed on it in 2019, but now that Musk is on it, after Roger Waters & others, perhaps the ‘peacemaker’ list might itself be killed…”

I've been speaking & writing about this list for years, after being placed on it in 2019, but now that Musk is on it, after Roger Waters & others, perhaps the "peacemaker" list might itself be killed… pic.twitter.com/lLUxnReZZp

People featured on the list who are eventually murdered, such as Italian journalist Andrea Rocchelli and Russian journalist Daria Dugina, have their likeness marked with the word “ЛИКВИДИРОВАН,” which translated into English means “LIQUIDATED.”

According to conservative internet personality Jackson Hinkle, Musk was removed from the kill list after a period of about 10 to 15 minutes.

🇺🇦🇺🇲 Elon Musk was placed on the Ukrainian government’s kill list for about 10-15 minutes before being removed. Apparently someone guessed that Starlink could be turned off permanently. pic.twitter.com/0MbZMS40tT

While the list itself is not known to be an official operation of the Ukrainian government, Russia has claimed otherwise, as revealed in a report by two-time Emmy award winning journalist Deborah Armstrong.

According to an investigation by the Russian Foundation to Battle Injustice, the list was launched in 2014 and supervised by an organization known as the “Mirotvorets Center,” headed by former Ukrainian special services employee Roman Zaitsev, as well as “People’s Rear,” led by Ukrainian public figure and statesman George Tuka.

The Russians further alleged that the controversial site is “controlled by the Security Service of Ukraine” at the direction of Ukrainian Minister of Internal Affairs advisor Anton Gerashchenko, who Moscow has accused of “terrorism” over his alleged creation of the list.

The Russians also suspect that the site is connected to U.S. and British intelligence services.

According to Armstrong, the U.S. State Department is fully aware of the site and apparently confirmed its connection to the Ukrainian government.

Musk has since has threatened to pull free access to his Starlink satellite internet system from Ukraine after one of the country’s leaders told him to “f**k off” for urging peace in the region, Valiant News reported.