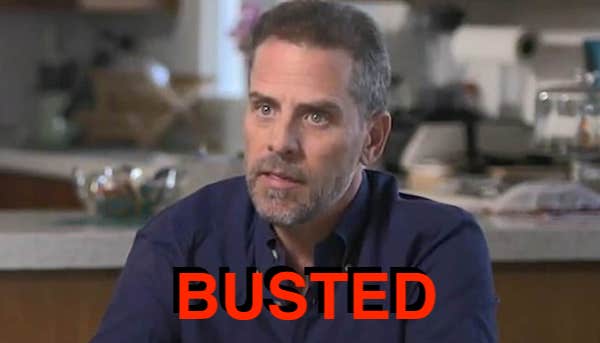 Over the weekend many items related to Hunter Biden were shared, but many of them came from 4Chan, which can be a conspiracy site. I don’t use that information until there is confirmation. But, one item that can be confirmed by The Gateway Pundit is a video showing Hunter Biden with over 20 grams of crack on a scale. He was naked at the time and it is believed that a revealing picture of a young female relative has been edited out.

A lot of what is now coming out was known to the Gateway Pundit, who had access to information from Hunter’s laptop as far back as the fall of 2020. If this had been one of Trump’s sons, they would be in prison serving a three-year sentence. What are the FBI and DOJ waiting for? That was a rhetorical question we already know the answer to. Both Chris Wray of the FBI and Merrick Garland of the DOJ is corrupt and cover up for the Biden family.

We reported previously also that there was only a limited amount of space on Hunter’s laptop and there was no more room for additional files on the laptop that others were sharing.

This weekend there was additional information shared on social media claiming to be pictures from the laptop.  There appears to be a disinformation campaign to destroy the laptop.  We reported on this effort previously as well.

What is on the laptop is ample evidence of Hunter Biden trafficking women and drugs.  It appears the FBI and Secret Service have been covering this up.

Clearly, Director Wray knew that Hunter was trafficking drugs and sex (even internationally).  There is ample evidence on the laptop of Hunter exploiting women.  There are massive amounts of information showing the Bidens involved in impropriety and corruption.