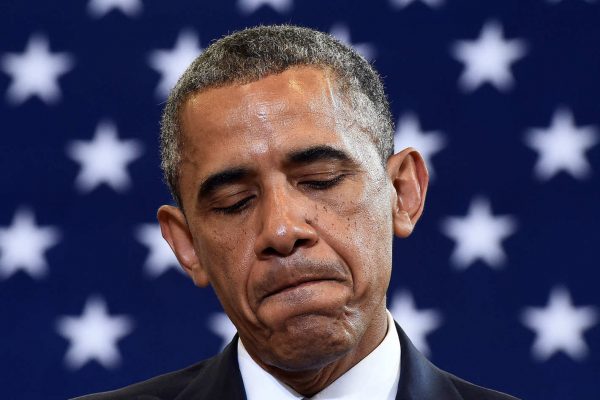 Well, well, well what do we have here?

It surely could not be hypocrisy on behalf of the establishment/far left political takeover machine … could it be?

Something tells me that this clearly over the top and boldly tyrannical no knock raid of Trump’s home is going to backfire spectacularly in the face of the current regime.

‘The establishment media is now insisting that Barack Hussein Obama did not keep classified documents and take them with him after he left the White House.

The Gateway Pundit can now confirm that this is a blatant lie.  There were documents Obama had in his possession when he left the White House.

President Trump shared on Friday that:

President Barack Hussein Obama kept 33 million pages of documents, much of them classified. How many of them pertained to nuclear? Word is, lots!” The corrupt media pounced on this.  Many fake news outlets claimed that Obama did nothing wrong.  This is very much unlikely knowing how horribly corrupt Obama is and was.

The far-left AP pushed more liberal talking points and shared the following.  As if they have any right to fact-check anything.

CLAIM: Former President Barack Obama took 30 million documents, many of them classified, to Chicago upon leaving the White House.

AP’S ASSESSMENT: False. Obama administration records are exclusively held and maintained by the National Archives and Records Administration, the federal agency confirmed on Friday. Millions of unclassified documents were transferred after Obama left office to a NARA facility in Chicago, but neither Obama’s personal foundation nor the facility set to house his presidential memorabilia have control over those papers.

The AP misstated President Trump’s claim.  The President didn’t say that Obama “took” documents, he shared Obama “kept” documents and many of them were classified.

They also didn’t address whether the documents Obama kept pertained to nuclear.  It again appears that the corrupt Obama gang and the left-leaning media are projecting onto President Trump some corrupt action by Democrat politicians in DC.

Like the Russia collusion garbage that was used against President Trump, Hillary made millions from Russia on Uranium One alone.’

READ THE REST AT THE GATEWAY PUNDIT BY CLICKING HERE