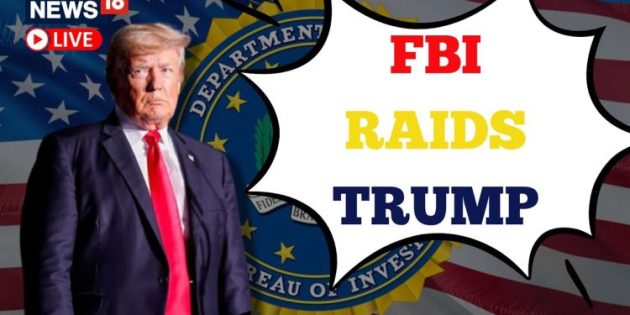 Before leaving the White House, the president declassified a binder of documents about the Spygate scandal. It contains incriminating evidence against assorted players in the FBI and the DOJ. Both AGs serving under Joe Biden have refused to release the legally declassified folder. Could that be what the FBI was really looking for? It would make sense since Merrick Garland is protecting that incriminating evidence as if his life depended on it.

But, why would they do that? One reason could be that they didn’t want the agents agreeing to name the higher-ups that gave them their marching orders or it could be they were involved in other ops the Democrats don’t want anyone to know about. Either way, it is in their best interests to make sure no other copies exist. The DOJ had already made redactions to protect sources & methods, and returned the binder back to the White House. But the corrupt FBI also wanted to hide names. So at the last minute, the DOJ demanded the binder comply with the 1974 Privacy Act. The Act requires any “agency” that releases records to also hide personal or identifiable name information. The DOJ knew this Act doesn’t apply to the White House, it was a stall tactic. The courts decided this 22 years ago that the Privacy Act was based around FOIA requests, and the White House is not an agency.

Hours before Trump left office on January 20th, Chief of Staff Mark Meadows gave the binder back to the DOJ, along with this memo. He asked the DOJ to make any Privacy Act redactions “out of an abundance of caution”. In the memo he asks they expeditiously release the binder when finished. Meadows foolishly expected this would take 3-4 days. It’s been 19 months and still not released. Just the News recently obtained the Meadows memo from the National Archives, who also denied having a copy of the declassified binder.

Mark Meadows has admitted that several agencies defiedTrump’s orders on a variety of subjects, This means that Trump should not be so hesitant to act in his second term and to be fully prepared to fire anyone who gets in the way.