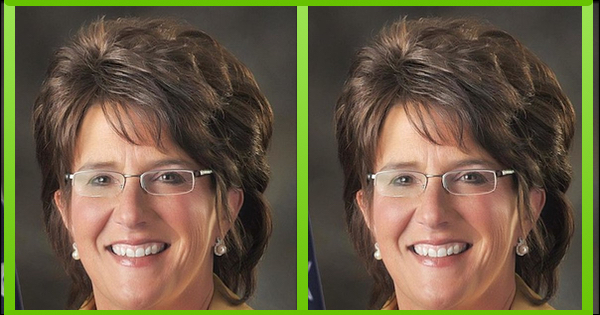 A 2020 drew to a close we were all hopefully that 2021 would bring with it better times.  Unfortunately, we had no such luck.

Before we knew it 2021 came to a close and we all shared hope that 2022 would see America, and life in general ‘bounce back.’  Thanks to the ruling regime and a myriad of other factors, this didn’t happen either.

Here we are more than half way through 2022 and the hits keep on coming.  Inflation is likely double digits, interest rates have doubled and the economy is, by definition, in a recession.

As if the economic state of the country wasn’t bad enough, horrific news just came in from Indiana …

‘The Elkhart County Sheriff’s Office said Thursday that U.S. Congresswoman Jackie Walorski was in the vehicle that crossed the centerline prior to an Indiana crash that left four dead, including the representative, Wednesday afternoon.

The Elkhart County Sheriff’s Office said their officers responded to a two-car crash at SR 19 south of SR 119 just after 12:30 p.m.

But they said after finding eyewitness and video evidence, they learned the Buick LeSabre was traveling south and the Toyota RAV4 north before crossing the centerline for unknown reasons.

Walorski was in the SUV along with St. Joseph County Republican Chair Zachery Potts, 27, and staff member Emma Thomson, 28. All three were killed. The driver of the car, 56-year-old Edith Schmucker, was also killed, the sheriff’s office said.

All occupants of both vehicles were confirmed to have been wearing seatbelts, and airbags did deploy, police said.

An investigation into the crash is ongoing.

Republican House Minority Leader Kevin McCarthy shared a statement from Walorski’s office that reads, “Dean Swihart, Jackie’s husband, was just informed by the Elkhart County Sheriff’s Office that Jackie was killed in a car accident this afternoon. She has returned home to be with her Lord and Savior, Jesus Christ. Please keep her family in your thoughts and prayers. We will have no further comment at this time.”

It is with a heavy heart that I am sharing this statement from the Office of Congresswoman Jackie Walorski. pic.twitter.com/UEPoKBDf5N

President Joe Biden released a statement on her death, saying in part, “We send our deepest condolences to her husband, Dean, to the families of her staff members, Zachery Potts and Emma Thomson, who lost their lives in public service, and to the people of Indiana’s Second District who lost a representative who was one of their own.”

House Speaker Nancy Pelosi ordered flags at the Capitol to be flown at half-staff in response to the death of the congresswoman, Pelosi deputy chief of staff Drew Hammill announced Wednesday afternoon.

The congresswoman served as the top Republican on the House Ethics Committee, a spot that put her in line to become chair of the panel if the GOP retakes the House majority in the upcoming midterm elections. She also served as the ranking GOP member for a subcommittee of the powerful House Ways and Means committee.

GOP Rep. Liz Cheney of Wyoming tweeted in reaction to the news, “There was no more dedicated or effective member of Congress than Jackie,” adding, “I was proud to be her friend.”

The sheriff’s office asked that anyone with information on the crash, or who witnessed it, reach out.’