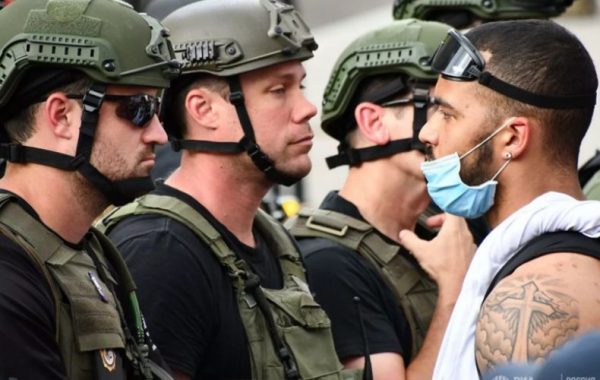 Rich Welsh| Washington, DC, Democrat Mayor Muriel Bowser is seeking the DC National Guard to be deployed to help the city contend with the invasion of migrants arriving in her city. A past request by the mayor for National Guard troops was denied.

“The District of Columbia writes to provide additional information to support our July 19 request to deploy the DC National Guard (DCNG) to help prevent a prolonged humanitarian crisis in our nation’s capital resulting from the daily arrival of migrants in need of assistance,” Bowser wrote in an August 11 letter to U.S. Defense Secretary Lloyd Austin.

We need help from our federal partners as we seek to stabilize and manage our operating environment in this critical moment.

I have been honored to work with the men and women of the DC National Guard many times and today we renewed our request for their assistance. pic.twitter.com/FOivGilYZ5

Joe Biden created a humanitarian crisis that’s going on at our southern border. Border agents have been overwhelmed since he took office.

Here is Vice president Joe Biden in October 2016 saying that by 2017, whites will be “an absolute minority in the United States of America.”

Did you notice Mayorkas was sitting next to him? They have been planning this for years. And now Bowser is complaining about illegals being sent to her city.

Well, I remember this. On November 14, 2016, less than a week after Donald Trump was elected president, Bowser said the following:

“The values, laws, and policies of Washington, DC did not change on Election Day. We celebrate our diversity and respect all DC residents, no matter their immigration status. We are a sanctuary city because we know that our neighborhoods are safer and stronger when no one is afraid to call on our government for help, and when our police can focus on protecting and serving.”

Here’s the idiot mayor of Philadelphia, Jim Kenney, dancing when he announced he was able to get the city where our Founding Fathers created the Constitution, as a sanctuary city.

I think border states need to share the wealth with Philadelphia so they too can get an influx of illegal aliens in their city to learn what it’s like to have people who can’t take care of themselves, who don’t even belong here, and who will drain all of their city resources in no time.

Now, after nearly a year and a half of endless illegal aliens pouring over our border, thanks to Joe Biden’s lawless border policies being carried out by the equally lawless secretary of Homeland Security Alejandro Mayorkas, the border states can’t take it anymore. Texas Governor Greg Abbott has been busing them to sanctuary cities like Bowser’s DC and Adams’s New York City.

Now illegal aliens are being sent to DC from states like Texas and Arizona, where GOP governors are shipping them off because they are not sanctuary states.

Last month, director of the DC Homeland Security and Emergency Management Agency, Christopher Rodriguez, in a letter, asked for help from the DC National Guard for Mayor Bowser, saying, “the Governors of Texas and Arizona are making a political statement to the federal government, and instead, their actions are having direct impacts on city and regional resources in ways that are unsustainable.”

Does this idiot not understand that Biden and Mayorkas are lawlessly letting in millions of illegals for political reasons? Just wait for Biden’s lawless amnesty executive order just in time to get registered to vote for the midterm elections three months from now.

In a new letter Bowser sent to plead for help again, she said, “our hope is that the DCNG can aid in strengthening local efforts beginning August 22 and extending for the next 90 days. We need help from our federal partners as we seek to stabilize and manage our operating environment in this critical moment.” It’s only a critical moment because the Democrat president she supported is letting it happen.

Bowser is not the only two-faced Democrat who has bragged about being a sanctuary city who is now crying the blues because Texas is shipping their illegals there. New York City Mayor Eric Adams said, “This is horrific,” when speaking about the influx of illegals hitting his city.

And you can bank on this: If it was known that illegal aliens overwhelmingly voted for Republicans, the Democrats would be catapulting them back over the Rio Grande River 24/7.