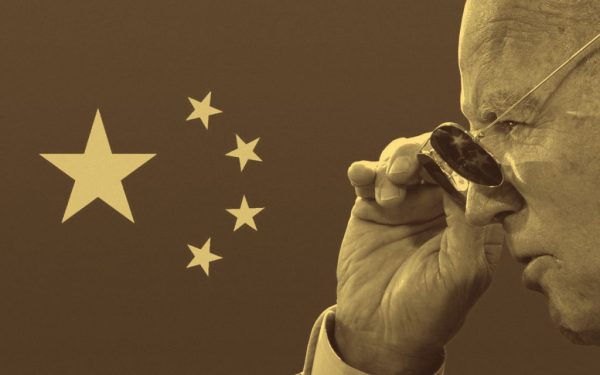 Rich Welsh| This is just unbelievable. President Joe Biden hates you so much that he is delivering American oil, that we need desperately, to foreign countries, including China.

Our Strategic Petroleum Reserve was created to hold around 700 million barrels of oil for war. Over the years, they changed it to include an emergency, but that is up to the person defining what an emergency is.

After shutting down the Keystone Pipeline, shutting down federal oil and gas leases, and not allowing refining to grow in this country, trashing the oil and gas companies and even accusing gas station owners of price gouging, this fake, phony, fraud of a president is about to release a million gallons a day into the US market, which is like an evaporating puddle in the middle of a desert.

Instead of reversing course on his asinine energy policies to quell the crisis he created that is causing gas prices to reach $5 a gallon, he thinks he’s going to use our Strategic Petroleum Reserve oil stockpile to fix gas prices, and only because his poll numbers are in the crapper.

Joe Biden is a loathsome person. He’s never been very bright, and he’s always existed with an angle that helps himself over the American people. As president, he has always found a way to not only punish the American people because of his contempt for them, but he goes over the top in ways of knocking them down even more.

Biden has sent over 5 million barrels of oil from our reserves to Europe and Asia in June according to data while gas prices in the US hit record highs.

Seriously, what is wrong with this man?

He had our 4th largest oil refiner send 470,000 barrels of crude from a site in Texas to Triest, Italy, according to US Customs data. That’s where a pipeline is that ships oil to refineries in central Europe.

What is this man thinking?

According to Yahoo! News, “Cargoes of SPR crude were also headed to the Netherlands and to a Reliance refinery in India, an industry source said. A third cargo headed to China, another source said.”

The Thief-in-Chief is sending our oil to our greatest competitor and an enemy of the United States, the same people who transported the coronavirus to us that killed nearly a million Americans.

You have to start to wonder why Joe Biden is doing this? He is giving away our oil that has been specifically marked to protect our national security and sending it to our enemies rather than use it here to help reduce gasoline prices.

The only conclusion is Biden hates America and Americans. The Democrats think there is a huge problem in the world and we are it. They see themselves as the elitists who have the brainpower to control the rest of us. The same party who locked us down and took our freedoms away is now doing everything they can to make our lives miserable. Like the punishment lessons learned from COVID, these cretins in the Democratic Party want to see us suffer because they relate our suffering to their power to control us so that we do what they deem necessary so that in their Brave New World they will live in relative comfort and peace while the rest of us make it our life’s mission to work for them so that they can enjoy themselves while we suffer. That is what is going on here and Biden is either too stupid or too arrogant to hide his disdain for us anymore.

Former President Donald Trump had a movement that was called America First, where he placed the needs of America and the American people before all else. It didn’t mean we were abandoning our friends and allies around the world the way it was labeled by the Democrats and their pals in the misinformation news media. It just meant before we worry about everyone else in the world, we’re going to take care of Americans first.

Joe Biden and the Democrats are always pushing America Last. They believe we’re all well off enough that they can take care of the needs of foreign countries at our expense because we’ll be just fine in their eyes, knowing that’s a lie. They believe it makes them look virtuous to the world by forcing our people to suffer so that they can act like the caregivers of the world. They are sick.

The American people are not blind. They see what’s going on, and they’re about to throw a lot of the Democrats out of office. It’s such a given that the Biden administration just filed a lawsuit against the state of Arizona for creating an election law, something the US Constitution gives their legislature the power to do, that makes sure you are an American citizen when you go to vote. Joe Biden has brought in over 2 million illegal aliens that he and his party want to vote in the midterms to save them from the electoral blood bath that is coming their way.

Everything this administration and Democrats at every level of government have done to us over the last couple of years was intentional. They want to knock us down so that we stop living our lives in peace. They want us in constant fear of losing everything. They want control over all of our lives and using our oil reserves to help foreign countries while we’re suffering at our own gas pumps is just another slap in the face to the American people by the Democratic Party.