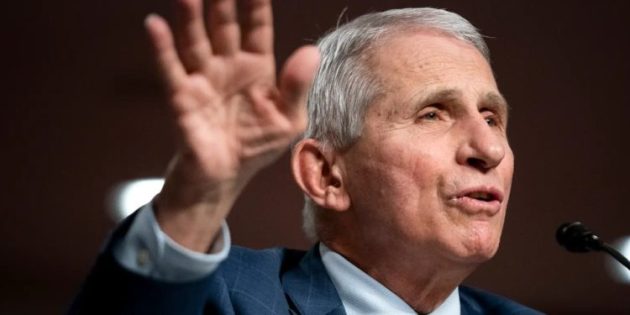 Dr Anthony Fauci, an infectious disease expert who is the chief medical adviser to U.S. President Joe Biden, will retire by the end of Biden’s term, he told Politico in an interview on Monday.

“After more than five decades of federal service under seven presidents, Anthony Fauci says he plans to retire at the end of President Biden’s term,”POLITCO reported Monday.

Fauci, 81, has been the director of the National Institute of Allergy and Infectious Diseases (NIAID) since 1984 and became the face of the U.S. government’s efforts to contain the COVID-19 pandemic.

NIAID did not immediately respond to a Reuters request for comment.

Fauci became known to Americans when he talked about AIDS

“You are trying to cover your ass for your risky research,” Paul said to Fauci.

In December OpenTheBooks.com CEO Adam Andrzejewski says Dr. Fauci’s retirement package is ‘the most lucrative golden parachute in U.S. government history’ securing over $350,000 for himself.

For the first time since May, the Centers for Disease Control and Prevention is predicting that the number of daily hospitalizations due to COVID-19 will increase. Currently, the seven-day average hospital admission rate is nearly 6,000 people a day as of July 13, up more than 13% from last week.

The new variant, named BA.5, is now estimated to account for more than half of all new COVID cases in the U.S., making up 65% of cases.

COVID hospitalizations forecast to increase amid concerns over new omicron subvariants
“The thing about BA.5 that is disconcerting is that it is able to escape some of the immune protection that you get from prior infection as well as vaccination,” Fauci told ABC News. “It has a transmission advantage over the prior variants, which is the reason why we’re seeing an uptick in cases and in some areas even an increase in hospitalization.”

“The good news is that vaccinated and boosted people, particularly those who receive the full component of the boosting, are generally pretty well protected against severe disease,” Fauci added.

Fauci also discussed the new monkeypox outbreak with ABC News. He emphasized that monkeypox, a disease caused by the monkeypox virus, is something that should be “take[n] seriously,” adding that there are vaccines and antiviral medications available for those who meet eligibility criteria in some places to prevent and treat the disease.

Fauci admitted that the more than 1,000 confirmed cases in the U.S. as of July 14 were likely an “undercount” during the interview with ABC News.

“It is, in fact, spreading at a rate that we feel we must address with testing and with vaccinations,” he said.

From the Politico interview:

“We’re in a pattern now. If somebody says, ‘You’ll leave when we don’t have Covid anymore,’ then I will be 105. I think we’re going to be living with this,” Biden’s chief medical adviser said when asked whether he is staying in his role out of a sense of obligation.

He’s not. But his assessment, that we’ll live with Covid-19 for many years to come, is a startling admission from the longtime infectious disease expert who said the country could flatten the curve and achieve herd immunity, first through social distancing and then vaccination.

The ever-mutating, highly contagious coronavirus, which no country has conquered, upended those plans. With his career winding down, Fauci wants to help repair the national bonds that the pandemic shredded, and tamp down the partisan polarization that has turned him, and science itself, into a lightning rod. He’s even finding his commonalities with former President Donald Trump, his nemesis in the pandemic’s first year.