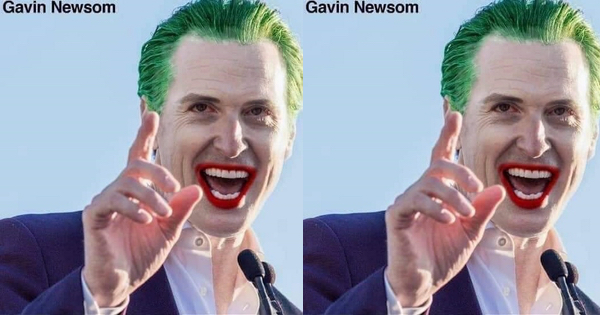 Technology is a wonderful thing.  The rate at which it progresses is incredible.  There is just one problem … the laws of nature still apply to.  No matter how badly politicians want current technology to be advanced enough to abolish gas/diesel powered vehicles NOW, unfortunately, this is just not the case.

Personally, I would love for the world to be in a position to transition away from petrochemical propelled cars.  In doing so we would reduce our reliance on hostile foreign powers including Russia and Saudi Arabia, while strengthening own position in the world.

As usual, facts don’t matter to Democrats who rule over blue states with iron fists … they seem to really believe that if they wave their ‘magic wand’, anything can happen …

“California regulators unveiled a plan to ban the sale of new gas cars by 2035 on Thursday, the state’s latest effort to combat greenhouse gas emissions.

The plan from the California Air Resources Board calls for 35% of new car sales in the state to be battery or hydrogen-powered by 2026, according to CNBC. The board will vote on the proposal in August.

The order, if enacted, would represent the fruition of Democratic California Gov. Gavin Newsom’s September 2020 executive order aiming to ban new gas and diesel vehicles by 2035.

“Pull away from the gas pumps,” Newsom said. “Let us no longer be victims of geopolitical dictators that manipulate global supply chains and global markets.”

Sales of electric cars are rising in the state, representing roughly 8% of total sales in 2020 and more than 12% in 2021, according to CNBC.”