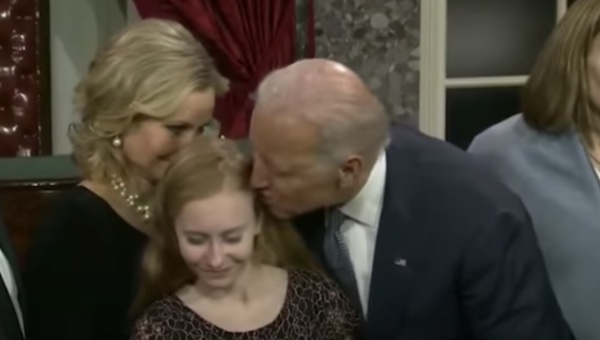 Erica Carlin| The media has become flooded with stories about a 10-year-old girl in Ohio who was sent across state lines to have an abortion following a reported rape.

Her alleged rapist was in the country illegally and upon hearing that piece of news I know a lot of people were furious at Biden’s open border policies but too afraid to say anything publicly.

Enter former White House press secretary Ari Fleischer who had no problem calling out the Biden machine for their part of the entire nightmarish situation. Fleischer slammed Biden for giving preditor access to the child in the first place.

Gerson Fuentes, 27, was arrested Tuesday, according to Columbus police and court documents. He has been charged with felony rape of a minor under age 13, according to the Franklin County Municipal Court. His first court appearance was Wednesday. Fuentes reportedly admitted to officers that he raped the child on two separate occasions.

“The agenda is to allow people to come into America without having to come here legally,” Fleischer explained on Fox News with Jesse Watters. “If you start pointing things out like this, it makes it a moral question.”

Fleischer continued “And that’s why the press doesn’t want to face up to the fact it’s a moral issue that people should not be allowed in America unless they come here legally. If you commit a crime, and you’re an illegal immigrant, everybody should know it.”

Fleischer then held Biden accountable for having open border policies that allowed suspects like Fuentes into the country in the first place, “He shouldn’t have been in this country in the first place. This 10-year-old girl would never have been raped if we only were enforcing our laws at the border. Yet this is not an issue the media does want to cover. They cover it up. They don’t cover it.”

The issue is bigger than this one case. Just this week a 15-year-old was returned home to the US after being trafficked to Mexico by a creep who used social media and posed as a teenager to lure her away from her family.

It’s dangerous times. With the Border Patrol overwhelmed by a large number of migrants to process, they are being compelled to get people through as quickly as possible, leading to a less rigorous vetting process.

It is unknown how many victims of human trafficking have been smuggled across the border to date, but it is clear that scandalously loose border policies and inadequate federal resources incentivize innocent people to put themselves at the mercy of human smugglers, fueling human trafficking in the United States.