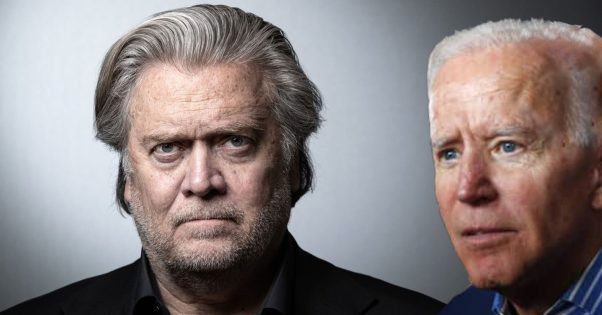 The J6 committee is on life support and has canceled their Thursday shoe trial after Steve Bannon insisted on appearing live so that the committee can’t lie about his testimony. And on top of that the leak from the FBI shoes that their inside informant reported that the Proud Boys were innocent and never made violent plans during the 19 months the informant was planted in the Proud Boys.

But, that being the case, Why did the FBI charge them with sedition and conspiracy, knowing that neither charge was true? The exculpatory evidence is overwhelming.

A whistleblower has leaked a treasure trove of documents and text messages, some marked “Highly Sensitive”, to the Gateway Pundit. These documents contain incredible exculpatory evidence proving the Department of Justice was aware that a group of Indicted Proud Boys were innocent- yet are prosecuting them anyway.

The informant told his handlers at the FBI that the Kansas City Proud Boy Group he was infiltrating and accompanied to the Capitol on January 6th “were not involved in, nor did they inspire the breaking of the barriers at the Capitol building. CHS describe the scene as the crowd doing it as a “herd mentality,” and that it was not organized. The crowd was shouting “stop the vote,” as they made their way to the Capitol building.

The Grand Inquisition had planned a Thursday night show in primetime, but Bannon insisted his testimony be broadcast live and the fear they had of bringing in the whistleblower’s report scared them off. They knew that they were intellectually overmatched even though there were nine of them and only one Bannon, they decided that discretion was the better part of valor. In other words, they did not want Bannon spanking their butts on live television.

But that all changed when Steve Bannon announced over the weekend that he would testify live and in person before the committee.

The sham committee of Never Trump politicians has no interest in reporting the truth. And they know they can’t control Steve Bannon.

This sham committee must be worried that Steve Bannon will bring up The Gateway Pundit’s explosive reporting from earlier today on the FBI operative inside the Proud Boys organization.

The Gateway Pundit released whistleblower documents, text messages and transcripts that show the FBI KNEW the Proud Boys were innocent — yet persecuted them anyway.