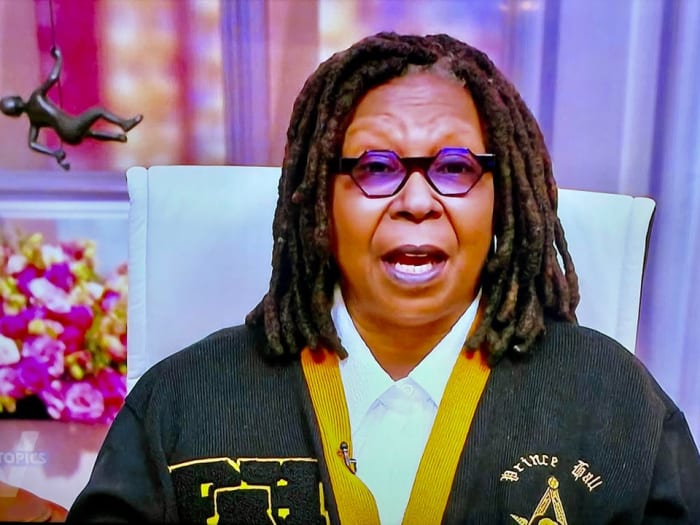 Erica Carlin|  The View opened Tuesday’s episode with a discussion about the Uvalde police department’s failure to act quickly after a shooter opened fire, killing 19 children and two adults. The crew couldn’t decide on whether they should blame the gun on evil ‘Christians’.

“The cops are scared of the AR-15,” she said — guest co-host Tara Setmayer focused on the response itself. “Seeing the absolute abject failure of the local police department to not go in is incredibly disappointing, and that chief should resign,” she said. “It dishonors the memory of those children that they were cowards and didn’t do the right thing.”

Setmayer, who serves as a senior advisor for the anti-Republican group the Lincoln Project, was filling in as the guest host in the lone conservative spot on the show.

Goldberg doubled down on to Setmayer’s claim, blaming Christians for slavery and racism.

“This was an egregious error, we can all agree on that,” said Sunny Hostin. “But to your point, Joy, if you have your family that you want to get to at home, even though you’ve taken the oath to protect and serve and you’re protecting and serving against an AR-15, you’re not going to get home.”

Hostin went on to say that this is “all about the guns,” a point Whoopi echoed a few minutes later. “Listen, this AR-15’s got to go,” said the moderator. “There is too much at stake here. Too many lives have been at stake, and too many damn little kids!”

“I’m sick of seeing people talk about, ‘Well, we should do something.’ We should do something!” continued Whoopi. “And I don’t care, NRA, you’ve got to give that gun up! You can have your other yeehaw guns, whatever you want. The AR-15 is not a hunting gun. It is not a gun where you’re going to go out and shoot your dinner. This gun is meant to kill people! That’s what it’s for, and you can’t have it anymore.”

A tactical unit made up of U.S. Border Patrol agents breached the classroom and killed the gunman — more than an hour after the gunman first arrived on campus. Reports show that BP agents ignored local law enforcement’s orders to remain outside—entering the building and killing the shooter.