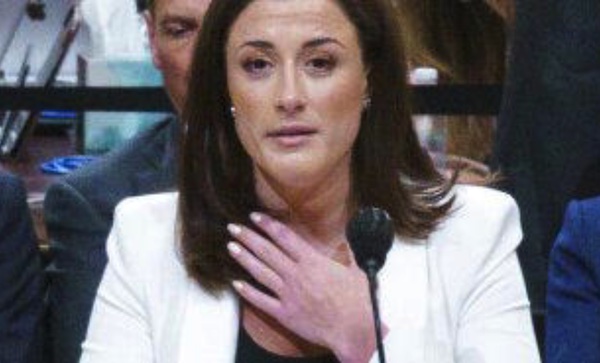 Erica Carlin|  Former lead Secret Service Agent for Donald Trump has already spoken up that he’s ready to dispute the former aide’s J6 claims that Trump acted insane on January 6th. This combined with other debunked allegations made by the aide should get her testimony thrown out—should, but won’t because it doesn’t support the narrative.

Cassidy Hutchinson, a former aide to White House chief of staff Mark Meadows, claimed that Trump on the day of the January 6 rally tried to get Secret Service to take him to the U.S. Capitol building, and that he became enraged when they would not do it because the area was not secure.

NBC News Chief White House Correspondent Peter Alexander tweeted, “A source close to the Secret Service tells me both Bobby Engel, the lead agent, and the presidential limousine/SUV driver are prepared to testify under oath that neither man was assaulted and that Mr. Trump never lunged for the steering wheel.”

The Secret Service came out publicly following Hutchenson’s claim writing, “U.S. Secret Service has been cooperating with the Select Committee since its inception in spring 2021, and will continue to do so, including by responding on the record to the Committee regarding the new allegations surfaced in today’s testimony.”

“U.S. Secret Service has been cooperating with the Select Committee since its inception in spring 2021, and will continue to do so, including by responding on the record to the Committee regarding the new allegations surfaced in today’s testimony."

Magically, the J6 crew did not include the Secret Services testimony. If it corroborated Hutchenson’s claims why wouldn’t they? Unless, of course, it doesn’t.

Well, now Trump lead Secret Service agent is furious and inching to testify that Hutchenson’s claims are false. Just like Trump’s lawyer who argues that the note she claimed to have written was actually written by him.

Trump’s former lawyer Eric Herschmann spoke out saying that a handwritten note regarding a potential statement for then-President Donald Trump to release during the Jan. 6  protest on the Capitol was written by him during a meeting at the White House that afternoon, and not by White House aide Cassidy Hutchinson, sources familiar with the matter tell ABC News.