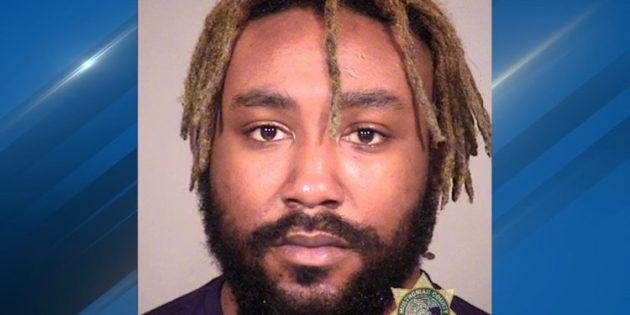 All I have to say is that it is about time that one of those antifa thugs got serious prison time for their crimes. Malik Fard Muhammad, 25, and his girlfriend Kristin McGuire traveled from Indianapolis, Ind., to Portland, Ore. to participate in the riots there. They bought baseball bats and jars from a Goodwill store to use in the riots. Muhammad will get to stay longer than he originally had planned after he was sentenced to ten years in prison for attempted murder of police officers.

Malik F. Muhammed, of Indianapolis, is accused by Oregon prosecutors of attempted murder using homemade IEDs during BLM-Antifa rioting. The affidavit says he also traveled to Louisville to receive tactical training. His bail was set at $2.1m, which was covered by @PortlandFreedom pic.twitter.com/HiXIQmC6CJ

As per a document from the Department of Justice (DOJ), Muhammad traveled to Portland for the sole purpose of rioting:

Muhammad is alleged to have traveled to Portland with his girlfriend from their home in Indianapolis for the specific purpose of violently engaging in civil disorder during recent area riots. On September 5, 2020, during a large civil disturbance in east Portland, demonstrators threw dangerous objects at police, including commercial grade fireworks, Molotov cocktails, and bottles. At least one demonstrator was seriously burned by a Molotov cocktail thrown in the direction of police. Muhammad was present at this event and provided baseball bats to members of the crowd.

The document goes on to state that police found proof in his phone that he passed out bats to other rioters and that he had bragged to friends about it. His phone also listed the ingredients needed to build Molotov cocktails.

EVIDENCE-O-RAMA! Muhammad and his girlfriend left the Goodwill price stickers on the baseball bats and growler bottles they bought, two of which were recovered and used to trace the items to a particular Goodwill. The store provided credit card and video evidence of the lovers buying the items.

A credit card receipt in his gal-pal’s name showed that Muhammad and McGuire purchased 14 larger “growler” bottles from a Goodwill store, which were later to be used for Molotov cocktails.

FACT-O-RAMA! No firebombs were thrown at police on January 6.

A video shows Muhammad throwing a firebomb at the police. One officer’s leg caught fire.

Here is video of the rioter accused by Oregon prosecutors of being Malik Muhammed throwing a Molotov cocktail at a group of Portland police. pic.twitter.com/s6NmlsG084

In an unusual move, local law enforcement has also charged Muhammad with 26 felonies, including but not limited to:

Muhammad was handed a ten-year sentence for these crimes as well. His federal sentences will, unfortunately, run concurrently. The federal conviction is an odd but welcome move considering liberals have given the Antifa gals and their BLM friends a pass when it comes to federal charges.