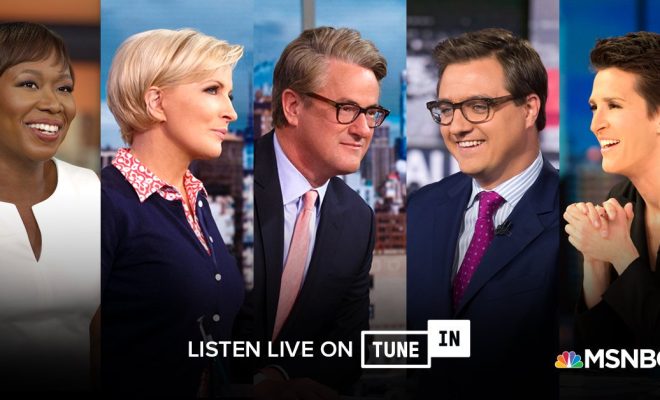 Rich Welsh| Apparently, the race lady at the conspiracy network, MSNBC, is losing her nightly show this spring. After the network did some shifting the schedules around, Joy Reid came up short.

I didn’t think the network would ever get rid of her because they feared her calling them racist. That seems to be Reid’s M.O. for everyone she disagrees.

Jon Nicosia, the President of News Cycle Media, took to social media to announce Reid’s fate, tweeting that a source at Comcast said “Joy Reid will lose her 7p show in the next round of reshuffling at MSNBC.”

Source @ Comcast: "Joy Reid will lose her 7p show in the next round of reshuffling at MSNBC." – "She does not have a show come mid Spring" – The "decision has been made, the only thing left is messaging on the move, which will be ratings" – 1/

“She does not have a show come mid Spring,” the source added. “Decision has been made. The only thing left is messaging on the move, which will be ratings.”

Nicosia went on to say that while Reid “has allies at Comcast,” she is now viewed as being “unmanageable” by many.

As was the case with Chris Cuomo at CNN, Reid has allies at Comcast, however, she is now viewed as "unmanageable" by many. Also, similar to Cuomo, it appears those allies have found out she has been "less than truthful about past incidents" 2/ (more to come).

“Unmanageable” is a nice way of saying she was a total embarrassment to news as well as the network.

Reid had problems in the past from posting homophobic rants on her blog page in the mid to late 2000s. After times changed, people started to question her bigotry. The remarks were there for a long time, but when Reid caught heat for the homophobic comments, she said that her website had been hacked.  A rumor went out that in order to figure out who hacked her website, Reid hired the same firm that OJ Simpson did to find the real killer(s). They are allegedly still working hard on both cases.

Reid related nearly everything to race. She was obsessed. She sometimes made things up out of whole cloth allegedly just to make it a race issue. She called Donald Trump a Russian puppet of Putin and accused him of Russian collusion for over two years of his presidency and she never apologized to the former president or half the country when Special Counsel Robert Mueller announced that there was no evidence of Russian collusion after a two-and-a-half year investigation. That was the fourth investigation that found no evidence.

I have never once watched her show. I got all my knowledge of the bigoted TV host through YouTube and articles that came out about yet another new low Reid reached with her angry leftist nonsense.

Reid said of the Gabby Petito story where the young woman went missing, only to have her remains found later after she was murdered by herr fiance:

“There is a world where we can acknowledge two truths simultaneously – that ‘missing white girl syndrome’ in the media is a thing; and that this case is extraordinary. These are not mutually exclusive things.”

Reid made race an issue of a young woman being murdered by her fiance because she was white. She just couldn’t help herself. Instead of using her platform on a national cable news station to shed light on stories of missing black, Latino, or Asian women, Reid went racist while unknowingly lumping herself in with the rest of the mainstream media that she excoriated.

To borrow a phrase from Dr. Frasier Crane, at Cornell University, they have an incredible piece of scientific equipment known as the “tunneling electron microscope.” Now, this microscope is so powerful that by firing electrons, you can actually see images of the atom, the infinitesimally minute building block of our universe. If I were using that microscope right now, I still wouldn’t be able to locate any positive interest in anything Joy Reid has to say.

← Previous Story LMAO Video: Anti-Trump Protesters Get LOUD Surprise From Biker After ‘Die-In’ On City Street [Video]
Next Story → Sen. Rogers: “I Will Be Pushing For” Decertifying 2020 Election “As Soon As Possible”