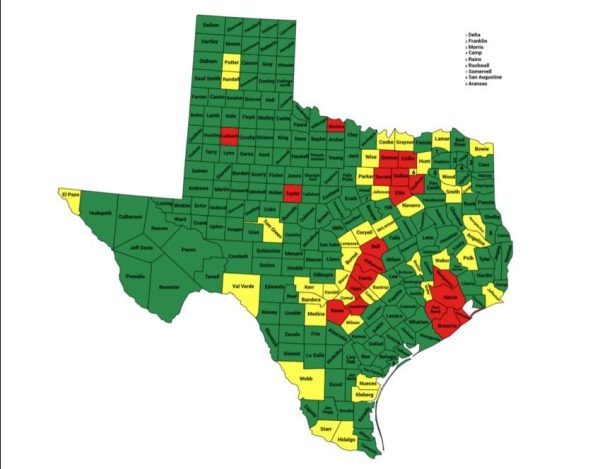 The first phase of the Texas audit is complete and several problems, including dead and illegal alien voters, have emerged. Critics are complaining that ha been more of a risk-limiting audit so far. The Texas Secretary of State’s office released its findings on Dec. 31, but they have not found enough evidence of illegal voting to seriously impact the 2020 election.

The first phase of the audit covered four counties, Collin, Dallas, Harris, and Tarrant counties. That is about 10 million votes or about 1/3 of the total number of votes cast in 2020.

-Statewide, a total of 11,737 potential non-U.S. citizens were identified as being registered to vote. Of these, 327 records were identified in Collin County, 1,385 in Dallas County, 3,063 in Harris County, and 708 in Tarrant County. So far, Dallas County has canceled 1,193 of these records, with Tarrant County canceling one. Neither Collin nor Harris have canceled any potential non-voting records.

-Statewide, a total of 67 potential votes cast in the name of deceased people are under investigation. Of those, three were cast in Collin County, nine in Dallas County, four in Harris County, and one in Tarrant County.

-In a review of each county’s partial manual count report required under Texas law, three of the four counties reported discrepancies between ballots counted electronically versus those counted by hand. The reported reasons for these discrepancies will be investigated and verified during Phase 2 of the audit.

Texas Secretary of State John Scott explained the need for the full forensic audit of the 2020 General Election:

“For the past several election cycles, voters have faced a crisis of confidence in the very system that underpins our representative form of government. Whether it was the specter of foreign interference in our elections or allegations of widespread mail ballot fraud during the pandemic, voters have been hit with a barrage of reasons to doubt the system. And, unsurprisingly, it’s starting to take its toll on their faith in the integrity of our elections…”

“This is why, in order to restore voters’ confidence in the strength and resilience of our election systems, Texas is conducting the largest and most comprehensive forensic audit of the 2020 General Election.”