It’s Official: Whites To Be Paid Less Because Of Their Skin Color 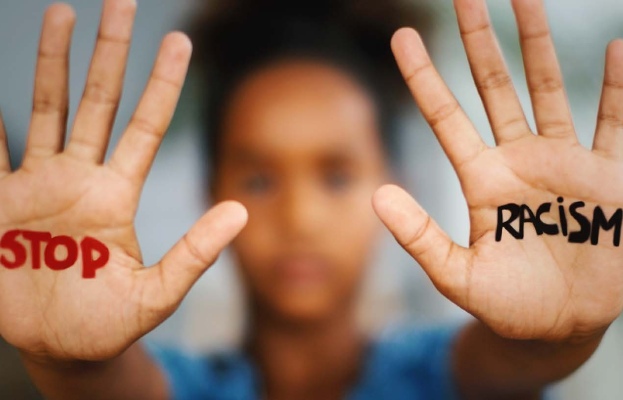 Rich Welsh| I know it’s hard to believe we are almost into 2022, but a school district in Minnesota is about to implement a policy that will give non-white teachers extra pay if they act as mentors to other teachers of color.

Earlier this month, the Mankato School Board unanimously voted to give “additional stipends” to the district’s non-white teachers who become mentors to other non-white comrades.

The progressives on the school board explained that this new segregation policy will “increase opportunity for collegial support” for teachers who are indigenous, black, or other people of color in an effort to increase retention rates among those now segregated people.

I’d like to know why the school board felt it needed to create racial policies that favor certain races over white people. What were the problems that indigenous, black, and other people of color faced that caused the need for the new policy?

The school board vote took place on December 7. Prior to that, members of the board dismissed concerns that an official policy using race to place teachers at different work sites was government-sanctioned segregation.

“When you’re one [minority] of a [white] majority it can be very isolating and lonely. To have a support system in place for them is not to segregate them, it is absolutely to support them,” Erin Roberts, one of the board members, said. “My biggest fear is that we are going to lose talent because of the feeling of being unsupported by those within our district.”

“It’s not about trying to throw the few [BIPOC] individuals we have into one building. It’s about showing them they aren’t alone,” she continued.

If they consider themselves as being “alone” while they are among a number of teachers who happen to be white, then that is something they personally need to work out and it shouldn’t require an asinine school policy that segregates teachers based on race back into the 1940’s and 50’s. My God, I thought we conquered Democrat segregation, but here we are all over again. And it seems that the people being segregated are all for it.

“It creates global citizens at the end of the day,” Vice Chairman Kenneth Reid added. Just for this story’s sake, I mention that the vice chairman is black, and he supports a segregation policy in the Mankato School District.

School board votes unanimously on a policy that would pay non-white teachers more and place them in work environments based on their race (segregation).
Here a member defends the decision. Unreal pic.twitter.com/zMMY5oytEZ

According to the Minnesota outlet, when creating the segregation policy, the school board was simply using the contents of a state law that stipulates, “school districts must develop teacher mentoring programs” and that districts may offer “additional stipends as incentives to mentors of color or [those] who are American Indian.”

The outlet noted that though state law requires school districts to develop mentoring programs, the school board had the option to bypass race-based stipends. The board instead chose to add the racial element to the policy, anyway.

Minnesota state Representative Jeremy Munson, a Republican, slammed the policy, calling the state law that the school board’s new policy is based on “racist.” Seriously, is there anyone reading this who doesn’t think so?

“Our largest local school district just voted to pay people differently, not on merit, or by the content of their character, but based solely on the color of their skin. This is allowed and encouraged under a revision to Minnesota state Statute 122A.70,” Munson wrote.

“I voted against this legislation. I called it racist when we debated it and believe it is wrong, racist, and unconstitutional to pay people more money or less money based solely on the color of their skin,” Munson said.