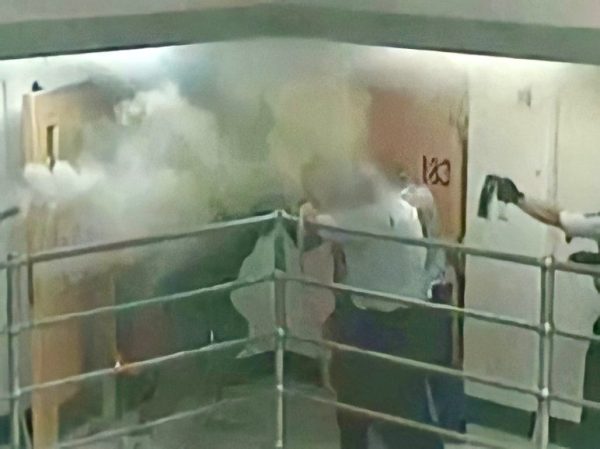 The story about the mistreatment of the January 6th ‘protesters’ is downright horrifying.

I put protesters in quotes because when the left tries to burn down federal buildings, start a war with law enforcement, and cause BILLIONS in property damage and looting the media always refers to the perps as ‘protesters’.  If those perps, who always seem to avoid being charged, are protesters, certainly the 1/6 attendees who entered the Capitol after they were waved in by police are ‘protesters’ too, no?

Was the chaos that took place on the Hill back in January a bad thing?  Yes.  Were there people who deserved to be punished for their actions?  It sure seems to be the case.  Do ‘free countries’ torture prisoners who have not even been convicted of a crime? NO. PERIOD, FULL STOP.

Torturing prisoners is something that drug cartels, narco states, dictatorships and 3rd world s***holes do, not the ‘land of the free and home of the brave’.

While we have been hearing a lot about the endless torture that those who are accused of transgressing on 1/6 have suffered, this latest story will shake you to your core.

On Saturday The Epoch Times posted more on the abused Jan. 6 prisoners.

According to court filings, the abused political prisoners were removed from the DC prison on stretchers after the assault by the guards.

Multiple Jan. 6 defendants were taken out of their cells on stretchers on Thursday, according to a court filing.

The situation started when one of the defendants refused to wear a mask, family members of Kelly Meggs, who is being held in the D.C. Jail, told Meggs lawyer.

Prison guards began spraying a chemical substance described as “some kind of mace or pepper spray, according to a filing in federal court.

“They sprayed mace or some type of gas at an inmate and kept missing so it went into an intake that fed into other cells and the lady with the key left because she didn’t like the gas, so the inmates in the cells who were being fed the gas from that intake were locked in for like 15 minutes while it was going into their rooms and they couldn’t see/breathe,” the family told Jonathon Moseley, the lawyer.

More than one of the defendants was taken out on stretchers to medical bays.

Julie Kelly, a writer for the American Greatness, reported on Wednesday that prison guards filled an area of the jail with chemical spray and three detainees had to be taken out on stretchers.’