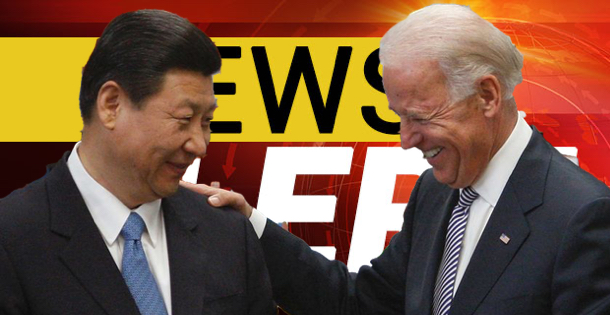 In keeping with his Hate Americans First agenda, Joe Biden is looking to shut down an oil pipeline that runs from Canada to the upper states, including Michigan.

Biden really doesn’t care about the pipeline, but his bosses are obsessed with it, so if he doesn’t go along with them, he could get fired. There could be repercussions if he does, however.

First of all, it could anger Canada, especially after he closed down the Keystone Pipeline and more importantly, with the voters in Michigan and Wisconsin, where it would drive up the price of gas and the winter heating bills

After what happened in the blue state of Virginia, this could hurt the Democrats in the 2022 midterm election. Even members of the lapdog media see danger ahead if the pipeline is shut down.

“Revoking the permits for the [Line 5] pipeline that delivers oil from western Canada across Wisconsin, the Great Lakes and Michigan and into Ontario, would please environmentalists who have urged the White House to block fossil fuel infrastructure, but it would aggravate a rift with Canada and could exacerbate a spike in energy prices that Republicans are already using as a political weapon. Killing a pipeline while U.S. gasoline prices are the highest in years could be political poison for Biden, who has seen his approval rating crash in recent months.”

Industry and environmental groups have argued over the impact that shutting down the pipeline would have on the region. Line 5 carries crude oil to a number of refineries in the area, both in the United States and Canada, and its owner, pipeline operator Enbridge, estimates it is responsible for supplying more than half the propane used for heating in northern Michigan. Prices for propane in Michigan have surged by 50 percent from a year ago, according to U.S. government statistics.

In contrast to the never-completed Keystone XL pipeline project, Line 5 has been operating since the 1950s and is a major energy supplier to Michigan and the region.