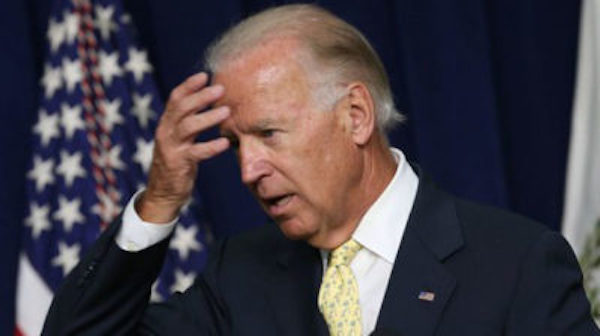 I could not believe this video when I first saw it.  Media, telling the truth about the state of Joe Biden’s mental capacity?  I know what you are thinking, ‘get out of town, no way’, right?

Well, yes, there is a catch.  The catch is that it’s not the American press that is talking about the more than obvious decline in President Biden’s brain power.

‘Australian reporter Cory Bernardi is the first mainstream host to report on Joe Biden’s obvious dementia that is apparent to anyone paying attention. No one in the US liberal media is strong enough to point this out – President Biden is out to lunch. He is in an escalating stage of cognitive decline.

Bernardi shared this on Friday, “Such was the hatred of Donald Trump by the partisan and poisonous mainstream media that they chose not to highlight anything that may have derailed a Biden victory. Even now after he’s been sworn in many are still refusing to speak the truth.”

It is clear US President Joe Biden is not up to the task he has been “sworn in to do”, according to Sky News host Cory Bernardi.

“Never before has the leader of the free world been so cognitively compromised,” Mr Bernardi said

“It’s clear to me at the least that US President Joe Biden is struggling with dementia and is clearly not up to the task he’s been sworn in to do.”

Mr Bernardi said it is something which was “evident” during the election campaign, but the “partisan and poisonous” mainstream media chose not to highlight anything which could have “derailed a Biden victory”.

“Even now, after he has been sworn in, many of them are still refusing to speak the truth about Biden’s lack of capacity.”

Joe Biden recently emerged to make his “sanitised” Presidential Town Hall Debut, at which the new president “promptly gave away his teleprompter”.

“The result was nothing short of a disaster … it was littered with total falsehoods,” Mr Bernardi said.

“It’s all rather pathetic, but even usually smart people are blinded by the nonsense put out by the mainstream media. They believe every perceived sin of Donald Trump while they seem intent on canonizing St. Joe.”  You can read the rest HERE

Holy moly! I have to say, it is stunning to see the truth about a Democrat political printed in the press these days!  This gives me a glimmer of hope that people are awake to what is really going on.

Then again, it could just be part of China’s plan to disgrace and discredit the United States as a world power …