Over 284,000 Ballots, or 10% of Ballots Were Fraudulent?! They All Lacked Evidence That It Was the Original Ballot Received 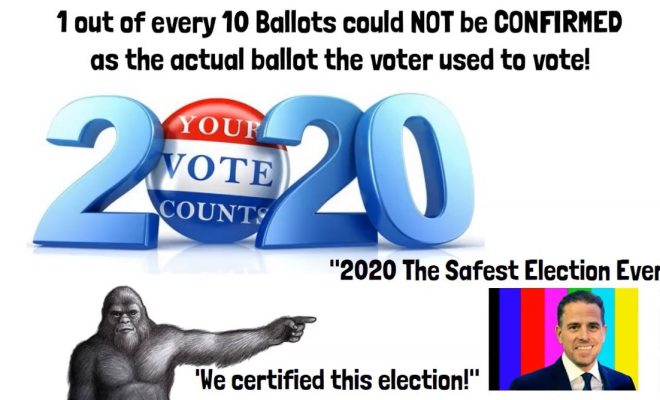 This is not good for the future of the republic.

Yes, it suggests that you and I were right in our cause for concern about the need for an audit of the 2020 election, but the results imply that our nation has a SERIOUS PROBLEM.

If ‘We, The People’, no longer trust the voting system, it is curtains for liberty here at home.  With young children I can not afford to allow this to happen … can you … or more importantly … will you?

The Gateway Pundit is reporting this bombshell data that surely will be censored by Facebook, Google and other members of the Technocracy:

‘Over 284,000 ballots in Maricopa County are missing their original corresponding image.  One out of every 10 Maricopa County ballot in the 2020 Election is missing its original ballot image.

A new video from Jovan Pulitzer shows that the original ballot image for over 284,000 Maricopa County ballots is missing.  This is one out of every 10th ballot.’

Here is a excerpt from the transcript:

‘… when auditors take a close look at that piece of paper and say, ‘let’s verify the election result’, they look back at that scanned image with ‘eagle eyes’ to make sure it’s there, then they look back at the physical ballot to confirm that, that’s the ballot as cast.

Welllll … not in Maricopa Country.

You sent your ballot in, it got scanned and it even went into the … they said ‘hey here’s the 2020 election results.’

But when the auditors looked at it closely, and the machine numbers were there.

Ohhh, and there were actual sheets of paper there for ballot numbers, those right, but was this the ballot, the actual ballot, that was scanned?

When you look at it closely there were 284,412 corrupt, missing, gone, comprised digital ballots! 1 out of every 10 ballots could NOT be CONFIRMED as the actual ballot the voter used to vote!

The end result is comical but outrageous.  This country was awarded to Joe Biden based on Hunter Biden’s logic. 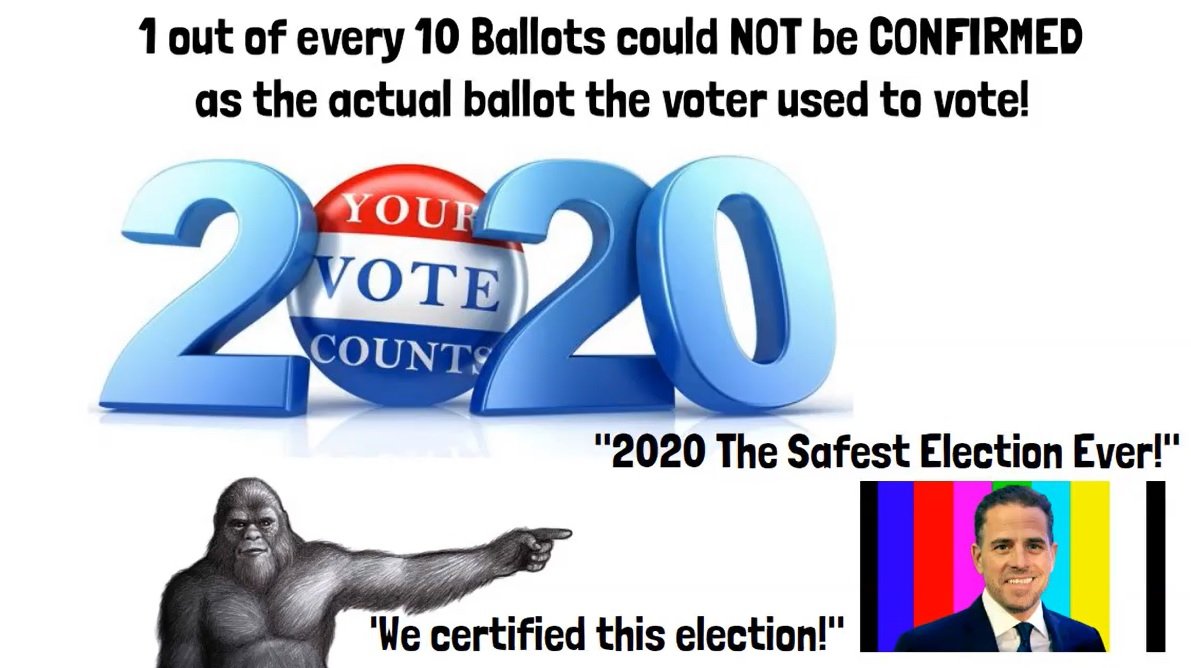 I know you are not allowed to have this view and write about it now a days .. if you still want to have ads on your site and do this for a living, but I’m going to say it anyway.  I just can not believe that Joe Biden got more votes than any Presidential candidate in American history … more than the first black president, Barack Obama … I’m sorry I just don’t buy it.

Look, I’ve been wrong before and undoubtedly I’ll be wrong again, and when I am I will be the first to tell you that is the case. I wish that each state would just conduct independent, statewide audits so that one of two things could occur:

1-Democrats could rub our noses in it (rightfully so) and tell you and I to shut up with our ‘conspiracy theories.’  We would be chastised for encouraging the states to ‘waste’ millions upon millions of dollars on the audits.

2-Massive, systemic fraud would be uncovered, proving that Joe Biden received no where near the number of votes, or more importantly, no where near the total electoral college votes needed to unset Donald Trump as POTUS.  In this case a Constitutional Crisis would ensue as there is nothing in the document that advises us as what to do in such a circumstance.

As they say ‘justice be done may the heavens fall.’  Thus there is nothing I long more to hear than, ‘I’m sorry but the 100% independent, verified and transparent, nation wide audit found that the original results were spot on and Joe Biden won.

Of course I would rather Trump win, but the future of the Republic is far more important than one man’s 4 year term.  For, if the American people lose faith in the voting system, we are at the final stages of the ‘American Experiment.’

← Previous Story LMAO: Wait Until You Hear What Is The UnVa**inated’s Fault Now … According To The WH 😂
Next Story → Breaking: Hunter’s Laptop Is Back & Joe’s Crimes Are Being Exposed … He’s Going Down