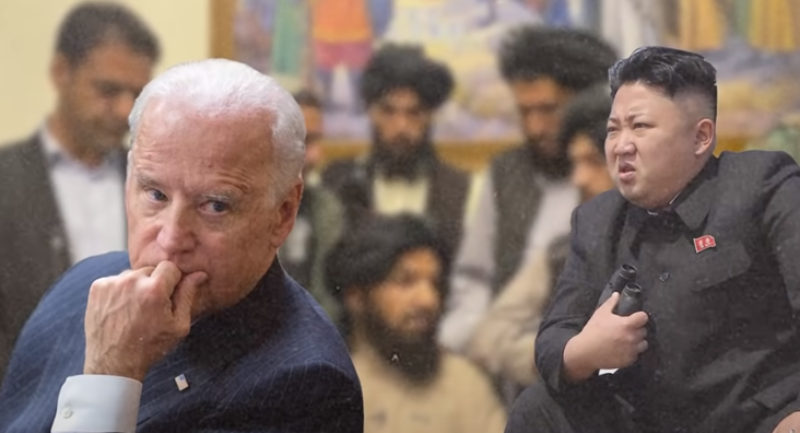 Photo via YouTube screenshot compilation
A newly emboldened Kim Jung Un has apparently restarted old nuclear reactors according to a watchdog group. The North Korean dictator, better known as ‘little rocket man’, found has seemed to have found the courage he lost during the Trump administration to restart his nuclear program.
Biden has made a mess of everything both at home and abroad likely giving Un the inclination that he no longer needed to adhere to the strict ‘no nuclear’ testing agreement. The original agreement with President Trump did fall through but the dictator still knew better than to restart his reactors.
The International Atomic Energy Agency said that clues, such as the discharge of cooling water, observed in early July indicated the plant is active. No such evidence had been observed since December 2018, the IAEA said. The IAEA said the findings, published Friday in an annual report on Pyongyang’s nuclear program, were “deeply troubling” and “a cause for serious concern.”
“The continuation of the DPRK’s nuclear program is a clear violation of relevant UN Security Council resolutions and is deeply regrettable,” the report added, referring to North Korea by its official acronym, The Democratic People’s Republic of Korea (DPRK).
IAEA noted that they do not have access to North Korean facilities but have been monitoring the country via satellite.

David Albright, president of the Institute for Science and International Security, estimated the country had the capacity to produce material for up to six bombs a year.

“The bottom line is North Korea wants to improve the number and quality of its nuclear weapons,” he said.

Lee Jong-joo, the spokesperson of South Korea’s Unification Ministry, said Monday that South Korea was closely monitoring North Korea’s nuclear and missile activities. But she declined to comment on whether Seoul was seeing signs that the North was reactivating its nuclear facilities.

This marks another stressor for the current administration who is already grappling with a few other Biden-made issues like trapped Americans in Afghanistan and the crisis at the southern border.