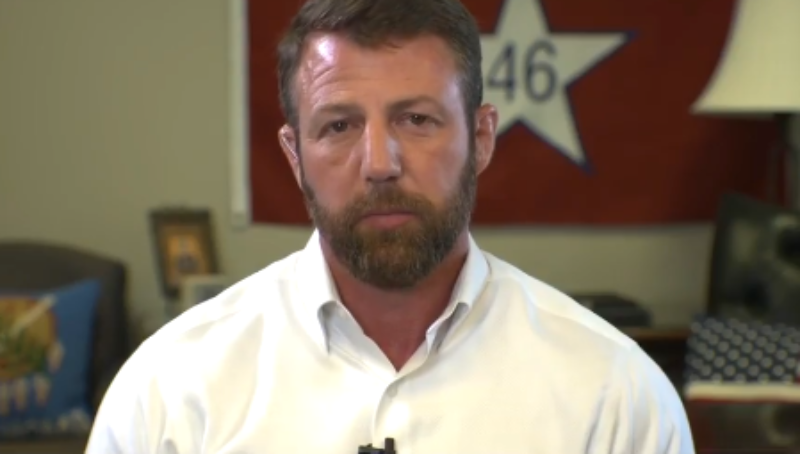 Oklahoma Republican, Markwayne Mullin set out to rescue a family of 4 Americans trapped in Afghanistan and amazingly pulled it off. The family was blocked from leaving by the Taliban but that wasn’t their only obstacle. According to Mullin, the State Department (who now claims credit for Mullin’s heroic rescue) served as another

“I would like to say I was surprised, but I wasn’t,” Mullin when Fox News’ Rachel Campos-Duffy asked if he was surprised when Biden’s team tried to steal credit for the rescue.

On Monday, the State Department also announced that it “facilitated the safe departure” of four U.S. citizens with no interference from the Taliban. While it was originally not made clear whether the State Department was referring to the same people, Mullin defied the Biden administration’s account of evacuating citizens

“When they said that anybody that wanted to leave could leave, that’s not true because you had to go through three Taliban checkpoints and each one would charge between $500 to $1000 a person to cross those checkpoints. That’s why the other countries were going out and getting their citizens and bringing them back, but not the United States at the orders from either Secretary Blinken or President Biden,” Mullin said.

He added that embassies he had requested help from told him they “have been instructed not to assist” in any way.

“It’s a bold-faced lie when they’re out there saying this was a successful evacuation. The truth is, I wouldn’t be there if it was successful,” Mullin said. “Blinken, he goes out there and wants to take credit for it. It infuriates me because they continue to lie to the American people.”

“Tell me what you think the answer is why would the State Department stand in the way of you helping when they didn’t do it?” Campos-Duffy asked

“You know, my personal opinion is they are trying to squash this story. They want this bad news to go away as soon as possible. And I truly believe that their way to do that is just not allow this to be a story anymore,” Mullin responded. “For me, I never wanted this thing to go public. We never went in there to try to go public. We wanted to be as quiet as possible.”

Previously Mullin predicted the Taliban will “lose patience” with U.S.-aligned evacuation attempts like his and curtail allowing them through their checkpoints across the country while paying the “tax.”

“And when I say that blood is on his hands, that means President Biden’s hands? I mean that with everything in my heart,” he said.