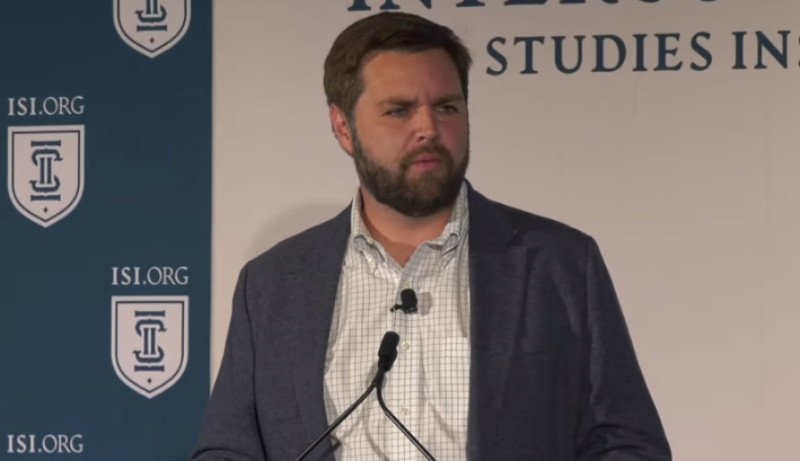 Vance’s statement slammed Biden and he made a bold call for action to help fight against Biden’s tyrannical plan:

“No American citizen should ever be forcibly segregated by the government over their vaccine status.”

“Joe Biden’s proposed covid mandates are not only illegal and unconstitutional, they’re morally reprehensible. While Joe Biden likes to talk about millions of American citizens as if they’re nothing more than vermin to be ruled by him and his friends, he’s revealed himself to be nothing more than a geriatric tyrant,” Vance said. “No American citizen should ever be forcibly segregated by the government over their vaccine status.”

“The Federal Government’s attempt to bully and coerce citizens into choosing between their livelihood and their own bodily autonomy must be resisted. I have a message for America’s business community: DO NOT COMPLY. Do not comply with the mandates. Do not pay the government fines. Don’t allow yourself to be bullied and controlled. Only mass civil disobedience will save us from Joe Biden’s naked authoritarianism.”

"No American citizen should ever be forcibly segregated by the government over their vaccine status."

Vance has been informed by prominent Republicans. Even pro-life leader, Penny Nance, who gave the young politician a beaming recommendation:

“He will protect the innocent lives of unborn children, advocate for pro-family policies and work to preserve religious freedom,” she added.

“He will fight against the Left using the precious lives of the unborn to advance their progressive ideology. JD understand[s] the values and beliefs of Ohio families. He will stand up to the Washington establishment who look down their noses at people of faith who still believe in American exceptionalism and individual liberty. The nation needs strong leaders who will fight for our rights and values.”

Nance, a mainstay in the conservative movement, previously served on President Trump’s Life Advisory Council. As CEO and president of CWA, Nance leads 500,000 participating members across the country.