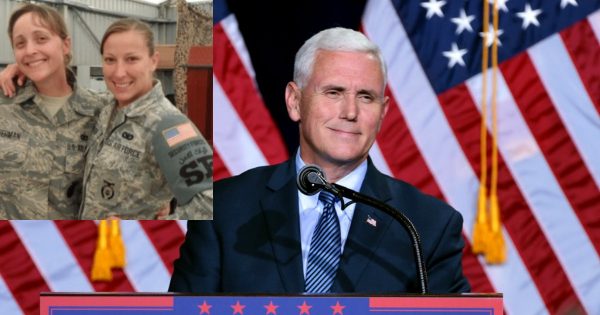 As Americans fight to identify the man who shot and killed Ashli Babbitt, whose identity has remained hidden from the public, a report from the Spectator suggests that her murderer was a Secret Service agent assigned to the disgraced former Vice President Mike Pence.

Many Americans have been led to believe that Capitol Police were responsible for the horrific execution of the unarmed veteran patriot, Ashli Babbitt, during the chaotic event at the US Capitol building on January 6. However, a new report from the Spectator suggests that her killer was a member of the United States Secret Service on security detail for former Vice President Mike Pence.

The report, titled Who killed Ashli Babbitt? says “sources close to and within the intelligence community tell Cockburn that Babbitt was actually shot by a member of then-vice president Mike Pence’s protective detail. The VP’s detail, of course, is provided by US Secret Service, not the Capitol Police. One person asserted to Cockburn over drinks in DC that this is ‘basically an open secret’ in the intelligence community.”

According to the Spectator report, “law enforcement sources suggested that the Capitol Police Department and Department of Justice have publicly identified the shooter as a Capitol Police officer in order to protect the reputation of the Secret Service.”

The Spectator suggests that the government has not been open and honest about the killer’s identity due to these revelations. The report continues, “Michael Brendan Dougherty floated the idea that Babbitt was shot by Secret Service on his Twitter account in early June, writing in response to Aaron Babbitt’s lawsuit, ‘I mean, at this point you have to suspect that it’s not a Capitol cop.’ He replied ‘SS’ when asked who he thought could have been responsible instead.”

Others have speculated that Babbitt’s killer was Capitol Police Special Agent David Bailey, however, authorities released a statement denying his involvement, as did Babbitt’s family. “As the investigation continues into the events of January 6, 2021, it’s important to correct misinformation some in the media have reported, and that’s been shared on social media. Reports identifying Special Agent David Bailey as the officer involved in the shooting in the Speaker’s Lobby are inaccurate.”

David Bailey is NOT the Capitol Police Officer that shot Ashli Babbitt.

The Spectator reached out to Mike Pence’s team for comment and was directed to the Secret Service, who were given a full 24 hours to respond. The Secret Service ultimately did not provide comment.