Biden Has Foreigners Deciding Who Gets To Enter United States 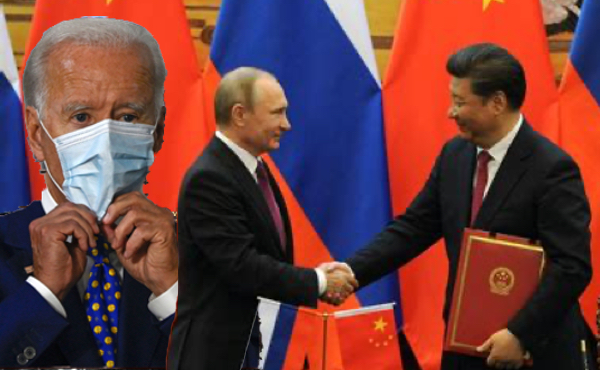 The White House has asked six humanitarian groups to help with the immigration crisis at the U.S.-Mexico border.

The names of the organizations have not been publicly revealed except for the International Rescue Committee.
However, the others include London-based Save the Children; two U.S.-based organizations, HIAS and Kids in Need of Defense; and two Mexico-based organizations, Asylum Access and the Institute for Women in Migration, according to the Associated Press.

The organizations are reportedly being asked to help decide which individuals and families are granted asylum. There have already been nearly 800 cases admitted since May 3.

Critics of the new selection processes say too much power is vested in a small number of organizations and that the efforts are secretive without a clear explanation of how the groups were chosen. Critics also say there are no assurances that the most vulnerable or deserving migrants will be chosen to seek asylum.

The consortium was formed after the U.S. government asked the U.N. High Commissioner for Refugees’ office in Mexico for the names of organizations with deep experience and capacity in Mexico, said Sibylla Brodzinsky, a U.N. office spokeswoman.

The board of the International Rescue Committee has as one of its officers, Timothy Geithner, the tax cheat that Obama appointed as the Secretary of the Treasury.

It’s not hard to figure out how they will decide who can stay. I just don’t believe that foreign entities or even domestic ones with an agenda should be making these decisions. We have immigration judges who do that. Their decisions are based on the law and not ideology.