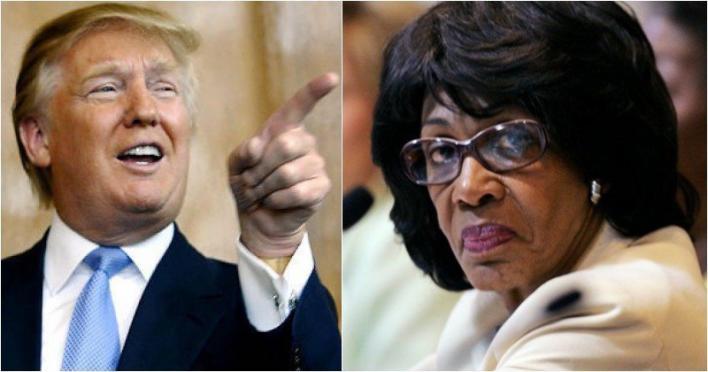 Marjorie Taylor Greene says she will be introducing legislation to remove Maxine Waters from the House for inciting the rioters in Minnesota. Just hours after Waters told the crowd that they needed to step up confrontation in the Minneapolis area a white SUV drove by National Guardsmen and opened fire. Two members of the Guard were slightly wounded. One went to the hospital after he was hit by flying glass.

Freshman Rep. Marjorie Taylor Greene (R-GA) said Sunday that she planned to offer the resolution because of the incendiary remarks Waters made to the rioters in the Minneapolis suburb of Brooklyn Center. Waters also demanded that the jury come back with a verdict of guilty. Maxine Waters is one of the many Democrats who claim that it is conservatives that are violent, not antifa or BLM.

“Very soon I’ll be introducing a resolution to expel @RepMaxineWaters from Congress for her continual incitement of violence on innocent American people. Rep Waters is a danger to our society…After traveling across state lines to incite riots, her orders recorded on video last night at the Brooklyn Center, directly led to more violence and a drive by shooting on National Guardsmen in Minnesota early this morning…As a sitting United States Congresswoman @MaxineWaters threatened a jury demanding a guilty verdict and threatened violence if Chauvin is found not guilty. This is also an abuse of power.#ExpelMaxineWaters”

.@RepMaxineWaters from California is here in front of Brooklyn Center Police Department. Swarmed with cameras pic.twitter.com/jbVi437keH

Members of congress have spoken up about this:

Rep. Lauren Boebert of Colorado, “Why is Maxine Waters traveling to a different state trying to incite a riot? What good can come from this?…Molotov cocktails and firecrackers are not enough. Mad Max wants rioters to get MORE confrontational…Maxine Waters would already be expelled if she was a Republican.”

Rep. Ken Buck of Colorado asked, “Why is a sitting member of Congress encouraging protesters to get “confrontational?””

Sen. Ted Cruz (R-TX) commented on Waters, “Democrats actively encouraging riots & violence. They want to tear us apart.“’We gotta stay on the street,’ Waters was recorded saying, adding that protesters needed ‘to get more confrontational’ & they should ignore the curfew in place.””