The writing is on the wall.  The Biden regime, the Democrat Party and their button men in the media and Hollywood have made up their mind that they are going to crash this nation into the side of the mountain.

The federal government completely under the thumb of the Democrat Party (which has veered so far left as to embraced some strange mix of Cloward-Piven-Marxism) which is working 24/7 to bankrupt American with an unimaginable amount of debt.  The Biden regime is spending our money … worse than our money, they are borrowing from the CCP on your children’s credit cards, like Hunter Biden at a brothel in Thailand.

When you combine the profligate spending with the fact that the Democrats have made it clear that they intend on disarming law abiding Americans, it’s clear that the United States is headed for collapse.  Not only are we looking at total economic collpase but also potential civil unrest and worst of all civil war.

With the left dehumanizing conservatives as ‘Nazis’ and ‘fascists’ as the media tells the public that it is OK to use violence against those who are not radical leftists, students of history know all too well how this ends up … genocide. 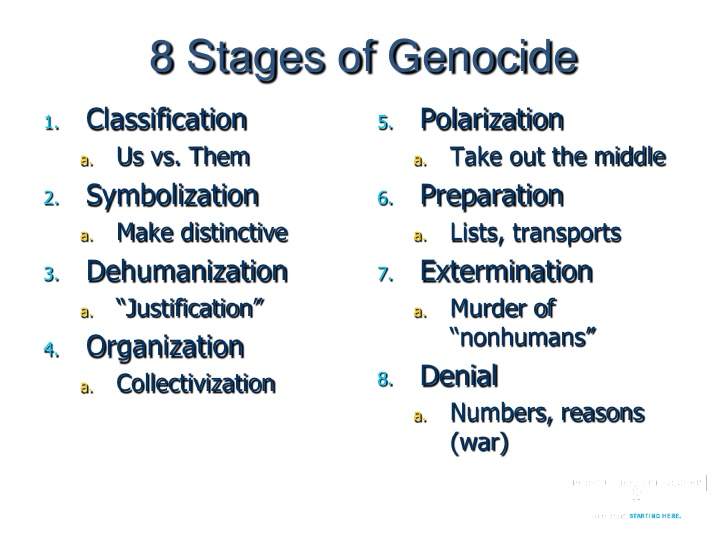 We are getting close and closer to the terrifying part of this list. The only thing stopping them at this point is our guns!

Luckily for us, it looks like more Americans see the writing on the wall than ever before:

‘A month which saw multiple mass shootings — including high-profile murders in Georgia and Colorado — also featured a record number of FBI-conducted background checks for firearm purchases, complicating the narrative at a time Democrats are trying to push new gun control legislation.

Background checks in March were up 36% from February, as around 4.7 million were initiated, FBI data shows, according to CNN.

The number of checks do not equal the number of guns purchased, but they do tend to correlate with the volume of sales. Gun sales have historically trended higher as safety fears gripped America or when citizens anticipated upcoming gun control measures.

Atlanta, Georgia, and Boulder, Colorado, shootings left more than a dozen people dead and coincided with a pair of Democrat-sponsored gun-control bills passing the House. Also, COVID-19 impact payments went out to more than 125 million Americans, giving extra spending money to facilitate some of the gun purchases, CNN reported.

One House Democrat bill expands background checks to all gun sales and transfers, which is expected to face Republican opposition in the Senate, which is split 50-50 and still has a legislative filibuster that would require at least 10 GOP votes to reach the 60-vote threshold needed for passage.

Biden must be furious that people are buying guns at record numbers just as he promises to take them by force.  One has to figure that these new purchasers have no intention of turning their guns in when the Democrats ban them.

These leaves us with one very likely outcome … civil unrest, if not all out civil war … a storm is brewing.