SMH: Democrat Rioting Is No Longer A Crime In This Blue City 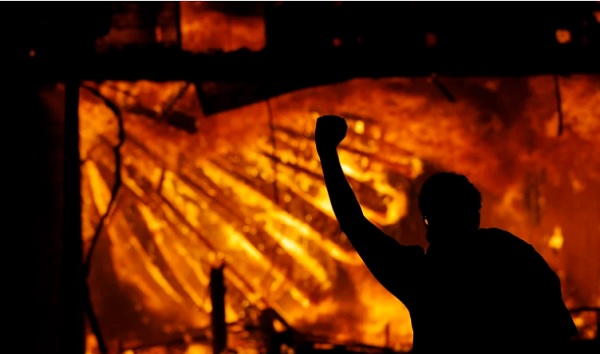 At the same time that the Biden caliphate is going after everyone who was in hand in the January 6th protest at the Capitol even if they never entered the building, the feds are dropping the charges against rioters in Portland. That is an outrage. They are freeing people who physically assaulted federal officers and that is a very serious felony.

The Washington riots did not have looting, burning down of businesses, and assaulting people as is common among antifa and BLM.

Multnomah County District Attorney Mike Schmidt gained quite a bit of scrutiny as he has now dropped most of the riot charges against those domestic terrorists.

In fact, over 1,000 people have had the charges dropped so far and that amounts to 70% of all cases have now been tossed.

-Interfering with a peace officer or parole and probation officer

-Disorderly conduct in the second degree

-Criminal trespass in the first and second degree

-Escape in the third degree

-Riot (unless accompanied by a charge outside of this list)

Schmidt says that he wants to concentrate on the really serious crimes like wearing a MAGA hat or is a registered Republican. That is when the Feds stepped in.

AG William Barr instructed prosecutors to aggressively go after the violent rioters, but Barr is gone now and we are living in the Biden caliphate. They got off to a good start, but now the new US Attorneys are dropping serious felony charges against the rioters.

KGW said among the most serious thrown-out cases involved four defendants charged with assaulting a federal officer — a felony. In addition, the station said over half of the dropped charges were “dismissed with prejudice,” which means the cases can’t be brought back to court — an extremely rare provision, according to former federal prosecutors.

Williams — who stepped down from his post Feb. 28 at the request of President Joe Biden’s administration — told KGW in a recent interview that the dismissals were due to prosecutors not believing they could prove guilt beyond a reasonable doubt.

“Each case was analyzed for the evidence that we had at the time,” Williams told KGW. “Careful decisions were made on whether or not someone should be charged based on the evidence.”

To be fair, only 11 of the 31 dropped cases occurred during the Biden regime.

← Previous Story VIDEO: Police Arrest Old Man For Defending Himself Against Vicious Antifa Thugs
Next Story → McConnell Is Finished, As CCP Money Hustle Exposed He Scrambles To Get Out Before It Goes Down