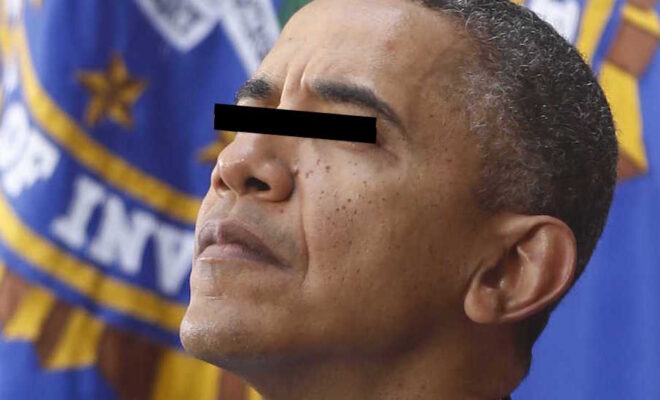 This is how we saw it … and still see it

It’s become well known that graft, in the form of backroom monetary exchanges, orchestrated by K Street lobbyists, drives much of it.  But that hardly explains all of it.

Money is an inducement for sure, but there’s a much more powerful influencer… compromise… the fear of having your darkest secrets outed.

Sundance has done some incredibly deep research into Obama-era surveillance and has come away wondering whether the end product of that effort by Obama’s criminalized intelligence operation are a series of black files valuable in convincing politicians, the military, judges, media types, and even corporate executives to support his initiatives.  Here is one theory:

(The Conservative Treehouse’s opinion) I’m not sure what it is, but there are small -seemingly disconnected- issues surfacing, that might tie back to this much bigger and purposefully avoided story.  I have learned to trust my instincts on this.

♦One – The FISA reauthorization legislation was dropped by Nancy Pelosi and all media conversation immediately vaporized.

♦Two – Crowdstrike is very concerned about this story every time it surfaces.

♦Three – If you understand the scale and scope of surveillance… does that explain the behavior of some people today [legislative (politicians), judiciary (judges), Pentagon (military)].

Once you realize that the Obama administration’s illegal surveillance didn’t start with Donald Trump, but actually seems to have begun years before during Obama’s first term with the weaponization of the IRS, you begin to understand the nefarious nature of our Manchurian president.

FISA Judge Rosemary Collyer acknowledged in her report there were tons of unauthorized search queries and there was no reason to believe the 85% non compliant rate was any different from the abuse of the NSA database going back to 2012.

Donald Trump didn’t come down that escalator until mid-year 2015.  All that concentrated surveillance was done with a purpose.  Was it to compile black files on both, political enemies as well as allies to “guarantee” political outcomes?

Why did Paul Ryan, who rose to power as a deficit hawk, become a profligate spender and then retire at the peak of power while still a very young man?

Following the passage of the 2015 omnibus, Senate Minority Leader gushed after then-Speaker of the House Ryan delivered the support required to pass the massive spending bill.

From the Daily Caller:

“If you would have told me this year that we’d be standing here celebrating the passage of an omnibus bill,” Schumer claimed. “I wouldn’t have believed it, but here we are.”

“And we got more than we asked for.”

Why did Chief Justice John Roberts break with his conservative roots and rewrite Obamacare?  From there he never looked back.  Why?

Why do politicians of both parties promise voters they’ll adhere to moderate or conservative policies only to make a 180 degree turnaround when it comes time to legislate?

Why are American corporate leaders repping more for China than for America?  Why have Google, Facebook, and Twitter, and all subsidiaries and alliances, willingly opened themselves to antitrust violations through the manipulation and control of financial benefit in order to achieve ideological censorship?

Something is influencing these inexplicable decisions.  And, someone is behind it.

Barack Obama never really left Washington.  Instead, could he be working from his home in the Kalorama section of Washington, only two miles from the White House, with many still wonder if Obama is running a government in exile still utilizing those alleged black files?