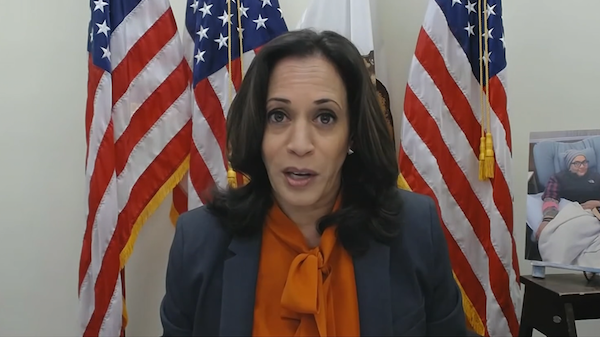 Look, I know some of you like Lindsey Graham, but personally, I just don’t trust the man do to anything … other than what he thinks benefits him, personally and/or politically, above all else.  Now, in my view, that seems par for the course in Washington, so it’s not just the Senator from South Carolina.

Yes, he has said some great things, and his smack down of the Democrats during the Kavanaugh hearings included one of the greatest lines of all time:

Graham: Did you meet with Senator Dianne Feinstein on August 20th?

Kavanaugh: I did meet with Senator Feinstein

Graham: Did you know that her staff had already recommended a lawyer to Dr. Ford?

Kavanaugh: I did not know that.

Graham: Did you know that her and her staff had this allegations for over 20 days?

Kavanaugh: I did not know that at the time.

Graham: If you wanted an FBI investigation you could have come to us!  What you want to do is destroy this guy’s life hold this seat open and hope you win in 2020!  You said that, not me!

Are you a gang rapist?

Graham: I cannot imagine what you and your family are going through!  Boy y’all want power, God I hope you never get it! I hope the American people can see through this sham!  That you knew about it and you held it you had no intention of protecting Dr. Ford, none!  She’s as much of a victim as you are God!

I hate to say it cuz these have been my friends but let me tell you when it comes to this you’re looking for a fair process you came to the wrong town at the wrong time friend!

I’ll admit, this was one of the most epic moments I have witnessed in my 25 years studying politics.  However, Senator Graham has broken too many promises for me to completely trust him.  I really want to trust Lindsey, it’s just that he had the chance to call all the Spygate witnesses but he never did.

Anyway, today Graham lead with a haymaker, and it’s looking like if it lands, it make take Kamala out, politically, of course.

Despite voting in Trump’s favor, McConnell, R-Ky., blamed the former president for the Jan. 6 Capitol riot. Graham warned on “Fox News Sunday” that this will be used against Republicans as they try to retake control of Congress in 2022.’

Boring, I know, but it’s true, McConnell is our Schumer/Pelosi, he’s been there too long, he’s too entrenched, we need a real leader not a Washington Establishment gate-keeper who makes sure no real return to the Constitution ever occurs.

Luckily I kept reading becuase here is where it gets good:

‘Graham said he has spoken to Trump since the trial, and while the former president is upset with some members of his party, he is “excited about 2022” and looking to help rebuild the Republican Party in next year’s midterm elections.

The senator also said he believes the impeachment set a dangerous precedent.

“I don’t know how Kamala Harris doesn’t get impeached if the Republicans take over the House, because she actually bailed out rioters, and one of the rioters went back to the streets and broke somebody’s head open,” Graham said. “So we’ve opened Pandora’s box here, and I’m sad for the country.”

In June, Harris and other Democrats urged people to contribute to the Minnesota Freedom Fund, which was posting bail for people arrested during George Floyd protests.’

You have my word, if Lindsey and the GOP impeach Harris for, what sure looks to me to be, her role in aiding and abetting rioters, I’ll never speak ill of him again … ok, I can’t promise that, but I will move him back over to the ally column.