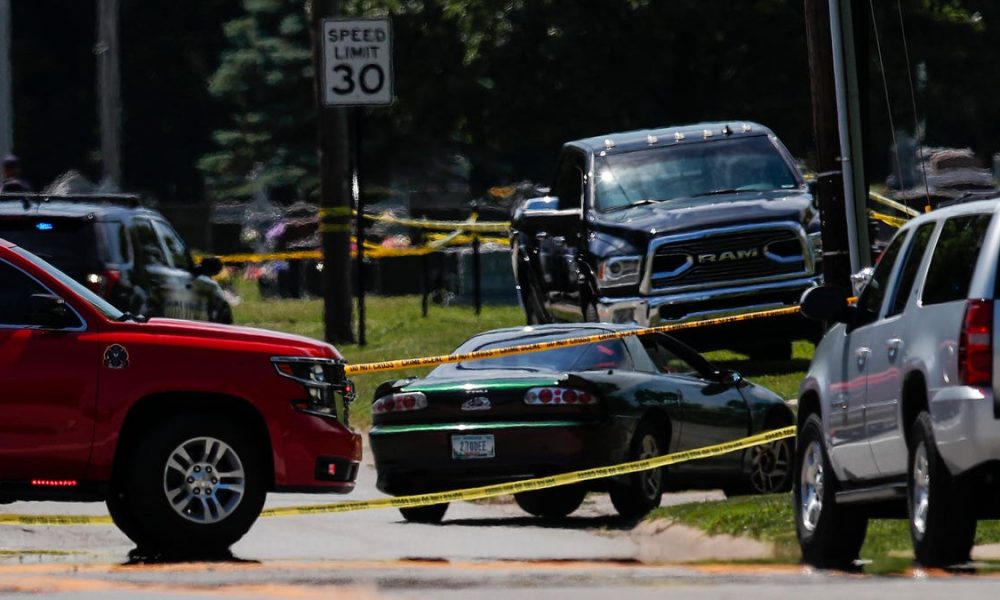 ICYMI| Now, I wonder why the media ignored this one …. can you guess?

Except for serving as scapegoats, the question arises, do white lives matter to America’s National Marxist media anymore?

You won’t find a word about Joshua Hayes anywhere in the so-called mainstream media.  You’ll have to ask those newsrooms why.

Joshua Hayes, arguably mentally unstable, and likely being triggered by the incessant racial dog whistles coming from CNN, MSNBC, BLM propagandists, as well as members of the Democratic Party, shot at two cemetery workers on Wednesday, killing one of his targets and injuring the other before being taken out by a good samaritan with a gun.

(IndyStar.com) … According to police, 22-year-old Joshua Hayes stepped out of his car near 56th Street and North Grant Street around 1:15 p.m. Tuesday. He allegedly approached two workers in Brownsburg Cemetery, unprovoked, and opened fire.

Hayes chased one worker, 36-year-old Seth Robertson, before fatally shooting him, police said. He then chased the second worker, who has not been identified, through a residential area and back to the 56th Street intersection.

Here’s where the reporting becomes narrative-driven.  According to the Gateway Pundit, both victims were white.  Hayes is reportedly black.  Keep in mind this story is just breaking and this is what we believe to be true as of publication, if the facts on the ground change, we will let you know.

(Con’t) A vehicle stopped at the traffic light in the eastbound lane of 56th Street was struck by a round fired by Hayes. The motorist was armed and stepped out of his car to intervene. The motorist fired at Hayes as Hayes was pointing his firearm at the head of the man he was chasing, police said. Hayes was struck and died at the scene.

The legally armed hero, he has a concealed carry permit, has not been identified and reportedly will not face charges.

The reporting is lacking on so many levels…

The same mainstream media outlets that blast the identities of white perpetrators of crimes against blacks… even imaginary crimes like having insensitive thoughts… ignore reporting the racial identity of black criminals.

The fact that race is not mentioned in the story suggests to me that the shooter who took out Hayes was white… Otherwise the media would have reported his race to advance a defensive narrative.

Most significantly… It appears that Hayes intended to kill as many white people as possible and, with no police in the area, the only thing that stopped him was a good samaritan with a CCW permit and a gun.

The legacy media avoids stories like this for a reason.  They cannot incorporate happenings like this into their “whites are the root cause of all racism” narrative that they’re using to drive the current cultural divide in American.

Racism cuts both ways and there’s a whole cottage industry of leftist community leaders… Al Sharpton, BLM, Louis Farrakhan, and on and on… who have become rich supported by Democrat donors as they’re paid to continue advancing the victim culture.

Likewise, the national media’s support for defunding the police… along with their Democratic Party partners, cannot report a legal, good samaritan defensive shooting, because it undermines their gun-grabbing, anti-Second Amendment platform.