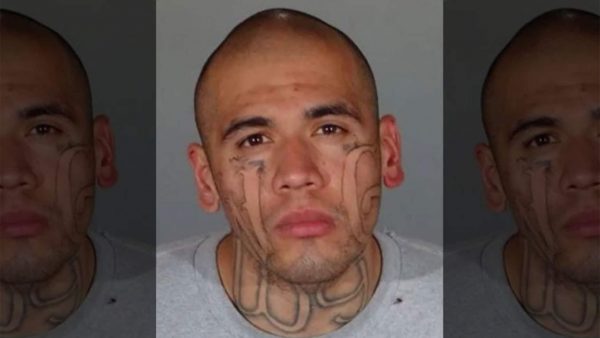 To be honest, I am not the biggest fan of the death penalty.  Personally, I think giving the government the power to execute people is a slippery slope and will eventually result in the political enemies of the state being put to death.

Now, that being said, if we are going to have the death penalty, who the heck is it for, if not for gang members who kill cops and their family members?

Apparently in California if you kill a cop in cold blood you get to live out your days on the dime of the taxpayer.

‘Los Angeles District Attorney (DA) George Gascón said Friday he will not seek the death penalty for an admitted gang member who killed a police officer and his own cousin.

One of Mejia’s victims was officer Keith Boyer, 53, who was responding to a report of a traffic collision in which Mejia had been involved.

Mejia shot Boyer and another officer, Patrick Hazell, while trying to flee the scene of the crash. Hazell survived a shot to the abdomen.

Deputy District Attorney Garrett Dameron said during a hearing at Norwalk Courthouse that he had been ordered to remove the death penalty consideration, despite his own objection and that of Deputy DA Geoff Lewis, FOX LA reported.

Don Clark, Boyer’s stepfather, said that the reversal was “a punch in the gut.”

“People don’t realize how hard it is on the families,” a tearful Clark told “Fox & Friends” host Jedediah Bila on Saturday.

“What Gascón’s doing — not only to our family, but to the cousin’s family — but to so many other families … that’s absolutely horrendous,” Clark added.’

The man’s mugshot alone tells you how committed he is to being a productive member of society.

I wonder how long it will be until the first conservative is executed in California for having the wrong opinions?  I know it sounds absurd now, but if I told you 2 years ago that half the nation would be under lock down for over a year, Joe Biden would be president and Kamala VP, you would have said I was crazy …

Let’s hope you would have been right.