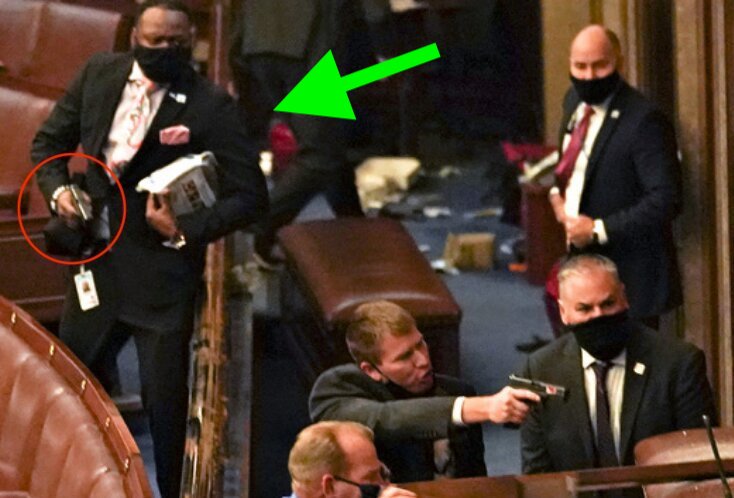 Have you ever stopped to realize that the MSM narrative that 5 people were killed at the Capitol ‘insurrection’ on Jan 6th is one big straw man?

They love to tell us that 5 people died, but really 4 died on the day of the event, and they were all protestors/members of the rally or provocateurs.  The protesters did not kill 4 LE officers.

If the cops had killed 4 BLM rioters we would have never heard the end of it.  The entire narrative has been bunk from the beginning.  They have hidden the identity of the man who shot and killed Air Force Vet Ashely Babbitt … until now, when independent journalists seem to have made a break through in identifying the killer:

‘On January 6th, 2021, Ashli Elizabeth Babbitt was executed by a Capitol Police Officer who seemed to hold no restraint.

50 days later, the Capitol Police Officer responsible has been identified in photos before and during the shooting.

The Police Lieutenant’s name is being withheld from Ashli Babbit’s attorneys. 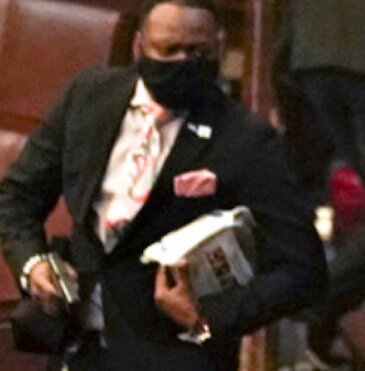 This is the Officer responsible for using excessive force and executing Ashli Babbitt.

Before killing Ashli, the Officer is seen aiming his firearm at fellow colleagues.’

Below is the screen trap of the hands sticking through the fortified position which allegedly fired the shot that ended Babbitt’s life.  NOTICE THE JEWELRY: 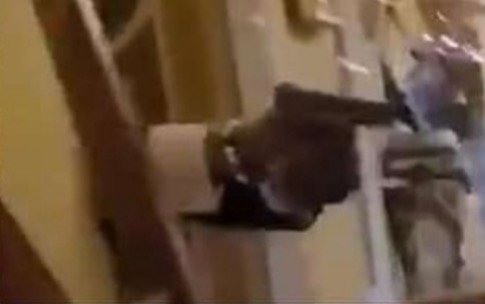 Now, these images are from the Gateway Pundit, here is another image of the man who appears to be wearing the same jewelry: 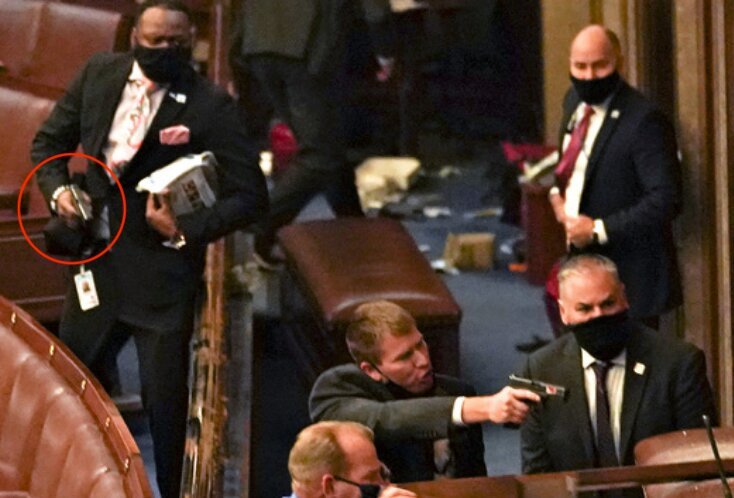 Well, what do you know take a look at the man on the left hand side of the frame and his right wrist …

It I important to remember that this is just speculation at this point.

HOWEVER, could you even imagine for just a second if a WHITE cop shot an unarmed black woman who was ‘peacefully protesting’?   The media would not have stopped talking about it since. 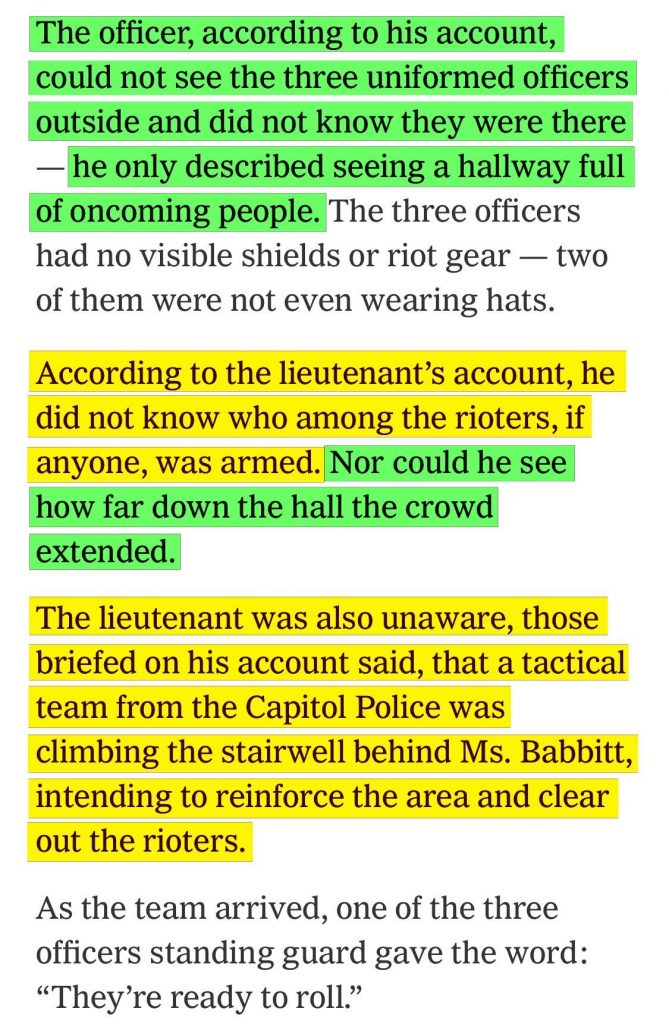 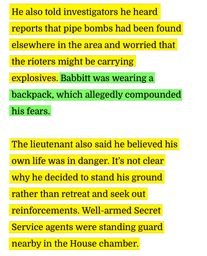 ‘The Capitol Police Officers statement regarding the killing of Ashli Babbitt

The Officer could not see three uniformed Officers against the wall nearest to Ashli, was not able to see how far down the crowd extended, saw a hallway full of “oncoming people“, and claims Ashli Babbitt wearing a backpack compounded his fears leading to the shooting.

He contradicted himself multiple times in one statement. If he is telling the truth about not seeing the Officers, he is lying about Ashli Babbitt’s backpack compounding to his fears.

Unless he has X-Ray Vision.’  Read The Rest At The Gateway Pundit

Keep in mind, we are not accusing anyone of anything, all we are doing is tell you what has been reported so that you can make up your own mind.  Personally, I want to know more about what Pelosi knew about Antifa and radical leftist groups plans for the event and why she did not have MUCH more security in place, as President Trump had suggested …. But I’ll bet you my house we never learn THAT truth.

Justice is dead in this country, we best get used to it, me thinks.