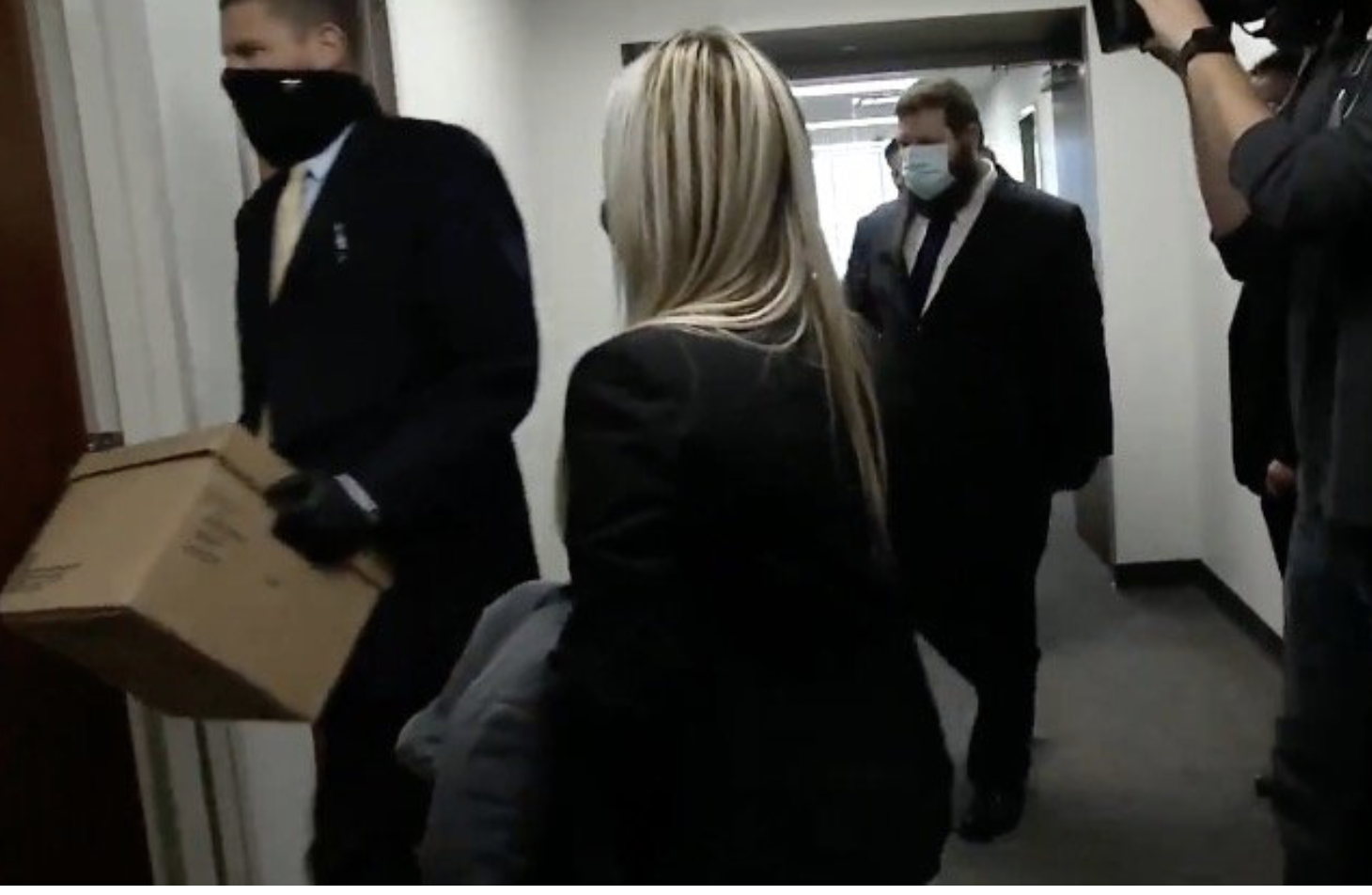 Just in case you did not see our earlier article showing the FBI raiding the home of a Virginia lawmaker who was part of the crowd that rushed the Capitol building this week, here is a LINK TO THAT STORY & THE VIDEO.

It appears that Virginia State Lawmaker Kohl was not the only GOP representative to be raided by the FBI today.  Apparently the FBI is now interested in prosecuting crimes again.

Spokesperson David Boling confirmed the searches include the homes of former House Speaker Glen Casada and Rep. Robin Smith. He declined to provide any further comments at this time regarding the nature of the investigation.

On Friday, Tennessee Governor Bill Lee told reporters he had spoken with Casada, calling them “FBI raids.” He wouldn’t go into detail on that conversation.’

There is a lot of speculation going around as to the reason of the raid, yet no one seems certain what it was in reference to.

The current Speaker of the House, Mr. Cameron Sexton, has distributed the following statement:

“Since becoming Speaker, I have been contacted by federal authorities regarding an ongoing investigation related to the former speaker’s office.

I have been, and I will continue to be in full cooperation with the authorities as their investigation continues.

On the advice of both Ethics and Legal Counsel, I am placing everyone that was subject to the execution of today’s search warrants on administrative leave until further notice.”

A video of part of the operation was posted to Twitter:

WREG went on to explain:

‘About an hour after agents arrived at the homes, The Tennessean reported at least five agents made their way into the Tennessee legislator building holding boxes. One of the agents was reportedly overheard saying they were executing a search warrant.

A FBI spokesperson directed the news agency to contact U.S. Attorney Don Cochran’s office when asked for an official statement on what was going on. A spokesperson for Cochran acknowledged the agents were in the building, but said they could not comment at this time.

Given the concerns about Stalinist purges once the Democrats seize control of the House, Senate and Presidency, these videos have been met with much concern from those of us on the right.

Let us pray that these actions are based on actual crimes and not another set up like President Trump has to endure for the first 3 years of his term.