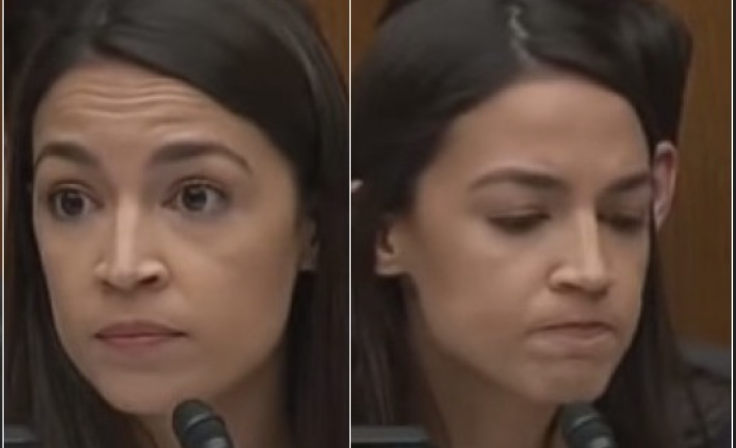 ICYMI| Just when you thought that AOC was coming into her own and never breaking character as the informed, economist, political scientist and intellectual millennial Congressman, she goes ‘off script’ and says something absurd.

Yes, it is true that Nancy Pelosi’s confidence that the Democrats were going to pick up a bunch of additional House seats did not play out at she had hoped, America knows that the Democrats still control the House of Representatives.

Everyone except AOC it seems.  The Sophomore Congresswoman from the Bronx and progenitor of the Green New Deal seems to think that the Republicans won back control of the chamber, and that makes her very sad.

‘Rep. Alexandria Ocasio-Cortez said she and others are “extraordinarily” disappointed by Democrats losing their majority in the House — despite the fact that the party actually maintained control of the lower chamber.

During a virtual town hall meeting Thursday night, a constituent asked Ocasio-Cortez, D-N.Y., to weigh in on Democrats’ spate of down-ballot losses in the 2020 election.

Democrats held a 35-seat advantage in the House before the election; but after a better-than-expected performance by down-ballot Republicans, their majority will shrink by at least seven seats, making it one of the thinnest margins in decades.

While some races have not yet been called, Democrats control at least 219 seats, one more than the 218 needed to achieve the majority.

Ocasio-Cortez did not appear to recognize her mistake.

Yeah, so, by deffenition, everyone in Congress is your ‘colleague’ as you are all working in the same profession: Congressional Representative.  On some levels it seems very fitting that Ocasio-Cortez is now the defacto face of the Democrat Party.  On the other hand it is quite terrifying that someone with her … level of awareness is making policy decisions, or at least steering them.

As Ronald Reagan famously said: “It isn’t so much that liberals are ignorant. It’s just that they know so many things that aren’t so.”