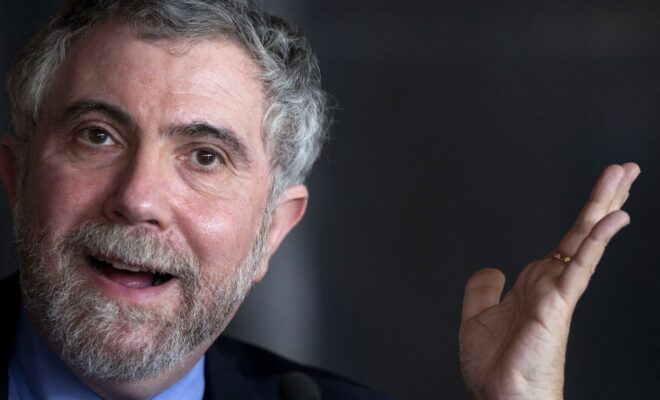 Nobel Prize winning economist Paul Kugman certainly finds himself in a bit of a sticky wicket doesn’t he?

Well, I’m on the phone with my computer security service, and as I understand it someone compromised my IP address and is using it to download child pornography. I might just be a random target. But this could be an attempt to Qanon me.

It’s an ugly world out there.

The tweet from the perpetually wrong “economist to the left” appears to be an attempt to deflect attention from his own perverse behavior.

Of course, we should not totally dismiss the fact that defamation is one of the weapons the authoritarian left employs to discredit their political opponents or someone who might bear evidence against them.

Krugman called in the left wing excuse squad to create a narrative palatable to the public rather than risk an FBI forensic examination of his… er… hardware:

Unfortunately, Crowdstrike was not available.

There doesn’t appear to be adequate reason for Krugman to have any leftists aligned against him, however.

In fact, the day after President Trump was elected, Krugman went so far as to predict economic Armageddon would accompany the new president’s economic policies.

On the flip side, President Trump and his supporters have no reason to defame Krugman.  Three years of mind-blowing economic success has already caused Krugman enough pain. His credentials as an economist have been left in tatters.

Is anyone else noticing a pattern here?