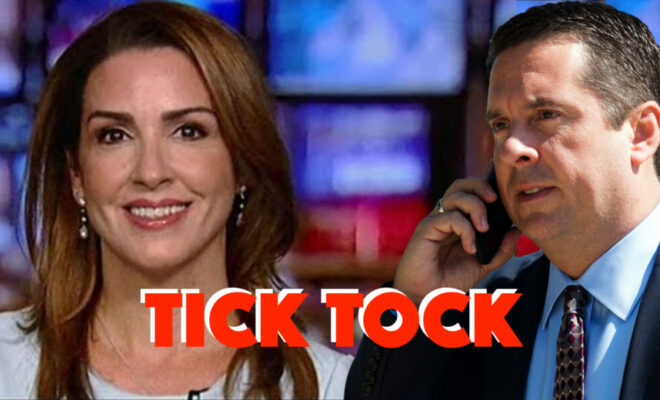 Opinion| Lawrence David| Michael K Atkinson was the Senior Counsel to the Assistant Attorney General of the National Security Division of the Department of Justice (DOJ-NSD) in 2016.

That may well make Atkinson complicit in the Trump-Russia collusion hoax whose genesis as a counterintelligence investigation came from the DOJ-NSD.

Atkinson worked closely with John Carlin and Mary McCord as their legal counsel.  Carlin and McCord were the heads of the DOJ-NSD in 2016 when the operation to eliminate Donald Trump was in full bloom.

He was later appointed to be the Intelligence Community Inspector General by an unsuspecting President Trump who relied heavily on the recommendation of, the now proven to be corrupt, acting Attorney General, Rod Rosenstein.

That background is important because of what followed and now forms the basis for the paper thin impeachment allegations against President Trump.

On Monday, Devin Nunes (R-CA), the ranking member of the House Intelligence Committee, told Sara Carter that Republicans have opened an active investigation into ICIG Atkinson, for promoting the so-called whistleblower complaint that has led to President Donald Trump’s partisan impeachment in the House.

Nunes told Carter, “[Atkinson] is under active investigation. I’m not gonna go any farther than that because you know obviously he has a chance to come in and prove his innocence, but my guess is Schiff, Atkinson they don’t want that transcript out because it’s very damaging.”

The day before, Nunes was interviewed by Breitbart’s Matt Boyle and told the host:

“[The ICIG is] either totally incompetent or part of the deep state, and he’s got a lot of questions he needs to answer because he knowingly changed the form and the requirements in order to make sure that this whistleblower complaint got out publicly.

“So he’s either incompetent or in on it, and he’s going to have more to answer for, I can promise you, because we are not going to let him go; he is going to tell the truth about what happened.”

Unlike Democrats who are quick to indict and imprison Trump as well as the president’s associates, Nunes is willing to give Atkinson the opportunity to correct the record.

It is now known that ICIG Atkinson facilitated the complaint processing despite numerous flaws including altering the complaint form to allow for the inclusion of second and third hand rumors and never having reviewed the call transcript for himself.

Additionally, it has been reported that Atkinson ignored legal guidance from both the director of national intelligence (DNI) and the Department of Justice Office of Legal Counsel that highlighted Atkinson’s poor decision-making.

Regardless, Atkinson treated the whistleblower’s complaint as gospel, in concert with Democrats and other Deep State embeds, to kick start the impeachment process.

(CTH) Atkinson was the lawyer for the same DOJ-NSD players who: (1) lied to the FISA court (Judge Rosemary Collyer) about the 80% non compliant NSA database abuse using FBI contractors; (2) filed the FISA application against Carter Page; and (3) used FARA violations as tools for political surveillance and political targeting.

Yes, that means Michael Atkinson was Senior Counsel for the DOJ-NSD, at the very epicenter of the political weaponization and FISA abuse.

(SaraACarter.com) “We really do need to hear from the whistleblower,” Nunes told The Sara Carter Show. “That needs to happen and the fact that the Democrats won’t release the transcript of us interviewing the Inspector General Atkinson that brought this scam forward. Everyone needs to see that testimony and the reason that it’s not being released is because it’s very damaging, not only to the whistleblower, but also to Atkinson himself.”

Nunes could not disclose the content of the whistleblower testimony but said “this testimony is really bad and…the Republicans have an active investigation into Atkinson.”

Nunes noted that he, along with Reps. Kevin McCarthy, R-CA, and Jim Jordan, R-Ohio, sent a letter to Atkinson stating that the anti-Trump whistleblower did not offer any direct, first-hand evidence of alleged wrongdoing against Trump. They questioned Atkinson’s reasoning for accepting the complaint that is filled with hearsay and rumor.

Those who aid and abet treasonous actors shall no longer have safe harbor within our government.

Justice be done, may the heavens fall.

← Previous Story Opinion| Adam Schiff Seemingly Takes Iran’s Back, Vows To Call Hearings On America’s Retaliation Against Soleimani
Next Story → Drunk With … Nancy Refuses To Take Emergency Call From Admin Alerting Her Of Iranian Attack On US Troops