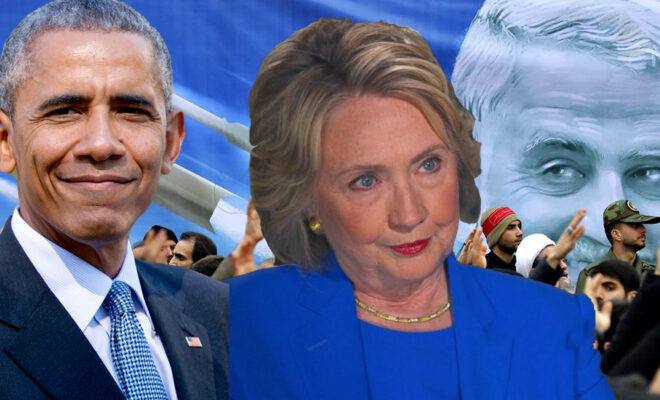 A special thanks to Pete Santilli for breaking this bombshell story.

OPINION| Lawrence David| My God, the pattern employed by deeply embedded Clintonistas and Obamaites has become as clear as a buttonhook in the well water.

Aside from the fact that key witnesses seem to die unexpectedly, anyone who dares to investigate the rampant corruption that took place under their watch winds up being jailed.

The ridiculous impeachment charges presented against President Trump is only the latest example, albeit the most ambitious attempt to date, by the corrupt Clinton/Obama defenders in Congress with help from embedded acolytes throughout every department of government.

Former Republican Congressman Steve Stockman was investigating suspicious shipments, allegedly of “dual-use” steel, to Iran, by way of the Ukraine, in violation of Iranian sanctions when he was arrested.

Here’s where things get interesting.

Interpipe, a company owned and operated by Ukrainian Oligarch Viktor Pinchuk, supplied the reportedly specialized steel to Iran in violation of the sanctions.  The illicit transaction took place while Hillary Clinton was Barack Obama’s Secretary of State.

To digress for a minute, Pinchuk is a major financial supporter of the Atlantic Council, a far-left think tank, where Dmitri Alperovitch is a senior fellow.

Alperovitch founded and is Chief Technology Officer of Crowdstrike the cyber security firm that former FBI Director Jim Comey allowed the DNC to contract with to examine the DNC server.

CrowdStrike’s hacking attribution analyses have been questioned before and, after three years of investigations into Russia-Trump that have yielded nothing, they should be again.

The International Institute for Strategic Studies, a respected British think tank, disputed CrowdStrike’s analysis of a Russian hack during Ukraine’s war with Russian-backed separatists forcing CrowdStrike to revise and retract portions of its analysis.

Pete Santilli reported, Pinchuk was the top contributor to the Clinton Foundation at that time.  Imagine that, any major contributor getting a waiver so that an so-called enemy state can allegedly enrich Plutonium into nuclear weapons.

Stockman was also in contact with a Ukrainian intelligence official who claimed to have had direct involvement in the development of the Steele Dossier on behalf of the DNC and Hillary Clinton prior to the 2016 election.

Without warning, Steve Stockman was indicted in 2017 for what he called “railroading” at his trial, and was (wrongfully) found guilty of 23 charges.  During his trial Stockman was prevented from offering testimony and evidence that would have exonerated him.

On November 17, 2018, the former Congressman was sentenced to 10 years in prison.

He is currently incarcerated at a federal penitentiary in Texas while awaiting a ruling on his appeal.

Our sources have confirmed to us that Santilli’s reporting is factually correct.

Crowdstrike’s ties to the same Ukranian funders of the Clinton Foundation and now Iran’s procurement of steel essential to the production of centrifuges demands further review for a number of reasons.

Chief among those reasons is that we’ve never believed Russia was responsible for the hack of the DNC server because we never thought it possible to transfer that large of a transmission through a hack.

If his can be proven by an examination of the server believed to be in Ukraine’s possession – and that is the crux of the current impeachment effort against President Trump – the entire Russian narrative collusion collapses in its entirety.

That, in turn, would expose a treasonous plot against the POTUS by an opposition political party gone rogue.

Apparently the emoluments clause only applies to President Trump and Democrats will do everything to make sure it stays that way.

More importantly, if Stockman’s claims prove true, this would be just the latest in years of the allegations of the Clinton’s transferring technology and material to our foreign enemies:

-Nuclear and missile technology to China during Bill Clinton’s presidency.  The acceptance of forced technology

-Specialized steel for use in centrifuges and freeing $150 Billion to Iran in exchange for a JCPOA that gave us nothing in return.

The inexplicable Iranian deal appears to be especially close to Obama’s heart.

In February of 2017 Investigative journalist Aaron Klein reported in Breitbart:

“Michael Ledeen, a former consultant to the National Security Council and U.S. Defense Department, penned a column at PJ Media stating Obama opened a back-channel to Iran during the 2008 presidential campaign. Ledeen said the back channel went through retired Ambassador William G. Miller, who also led the 1979 negotiating mission during the Iran hostage crisis. Ladeen wrote that Miller confirmed his back-channel involvement to him.”

Ledeen had written in PJ Media:

“The actual strategy is detente first, and then a full alliance with Iran throughout the Middle East and North Africa.”

Even today, now that President Trump is trying to curtail Iran’s reign of terror, Democrats have introduced legislation to handcuff him.

Congress has the power to change course and stop a war with Iran. @SenSanders and I are introducing legislation to block Pentagon funding for any unilateral actions this president takes to wage war against Iran without Congressional authorization.

Why?  Because the President ordered the eradication of Iranian murderer, General Qassem Solameini who was personally responsible for the deaths and dismemberment of hundreds of thousands of Iraqis and Iranians as well as tens of thousands of Americans.

Democrats who exalted in the death of Osama Bin Laden, as they should, have made a 180 degree about face and are now decrying the death of Solameini as a threat to start WWIII.

What are we to make of Democrats trying to limit the death and maiming of Americans by an American president?

What are we to make of Democrats defending the actions listed above by imprisoning, or threatening to imprison Americans who dare to investigate what appears to be corrupt, and even treasonous, behavior by their superiors.

Are they protective members benefiting from involvement with a broader criminal syndicate, or is the diminishment of U.S. military and technological superiority part of a plan to weaken the United States at a time when Russia, Iran, and China are aligning?

Peace through weakness, said no one ever.