Adam Schiff Sends “New Evidence” to Nadler For Senate Impeachment Trial. “Evidence” From the Same Person Who Brought us Russiagate 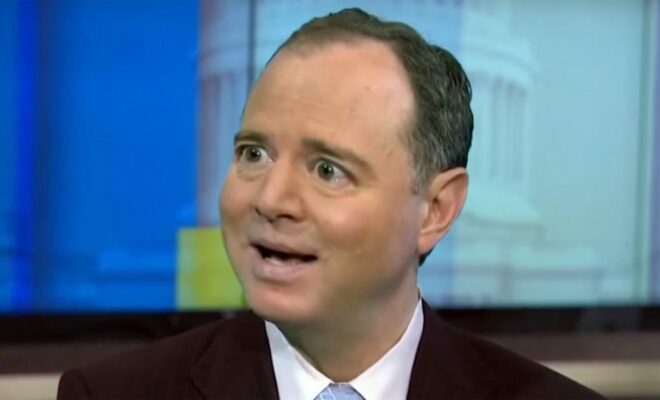 OPINION| Lawrence David| The strategy for the Deep State’s survival has been clear for a while now.  Seed the New York Times or the Washington Post was a proactive narrative designed to blunt the coming truth.

Yesterday the New York Times published a story claiming that Russians hacked the server of Burisma Holdings, the Ukrainian company at the heart of the Joe and Hunter Biden corruption allegations.

(CTH) It is all coordinated. The “new evidence” relates to information turned over by Lev Parnas, an SDNY indicted former associate of Trump’s personal attorney Rudy Giuliani.  The Lawfare purpose is to bolster their premise that President Trump was trying to force Ukraine President Volodymyr Zelensky to investigate Joe Biden’s corrupt activity around the Ukrainian company Burisma.

The Lawfare crew behind Schiff waited until the last minute to push the new “evidence” because they didn’t want republicans to deconstruct it during the impeachment evidence gathering phase. Additionally, the Lawfare crew anticipate a Trump impeachment defense surrounding actual evidence of the Biden corruption, which makes the Trump request to Zelensky valid.

So the proactive democrat strategy was/is to use the New York Times presentation of Russia hacking Burisma to negate the provenance of the evidence against the Bidens.  In essence, to cast doubt upon any documents that would show Joe and Hunter Biden participating in an actual influence and money-laundering scheme.

Here’s where it begins to stink like three-year-old bullschift.

Three years ago, when the DNC server was hacked they refused to turn it over to the FBI for forensic examination.

The DNC and Hillary Clinton’s campaign were desperate to place the blame on Russia in order to feed the narrative that Trump and Russia were coordinating to help defeat Hillary.

Knowing the Russians hadn’t hacked the server, they could hardly turn it over to the FBI, that has the most advanced cyber forensics laboratory in the world, so FBI Director James Comey turned his back while the DNC engaged a private company, Crowdstrike, to vouch for their lie.

We know Crowdstrike’s determination that Russia hacked the DNC server was a lie because former intelligence agents, including the NSA’s former Technical Director William Binney told us it would be impossible to attain the download speeds through a “hack.”

The truth is a corrupt intelligence apparatus spent three years vilifying Donald Trump without ever showing any definitive proof of any Russian involvement while deliberately ignoring evidence to the contrary.

Fast forward to 2020 and Darche is now a co-founder and Chief Security Officer of a new company, Area 1 Security.

Area 1 Security is the new name for the same liars for hire, that the New York Times uses to push the Russia hacking of Burisma narrative.

It’s the same players, only the names have changed.

Desperate people do desperate things … and rarely come out on top …