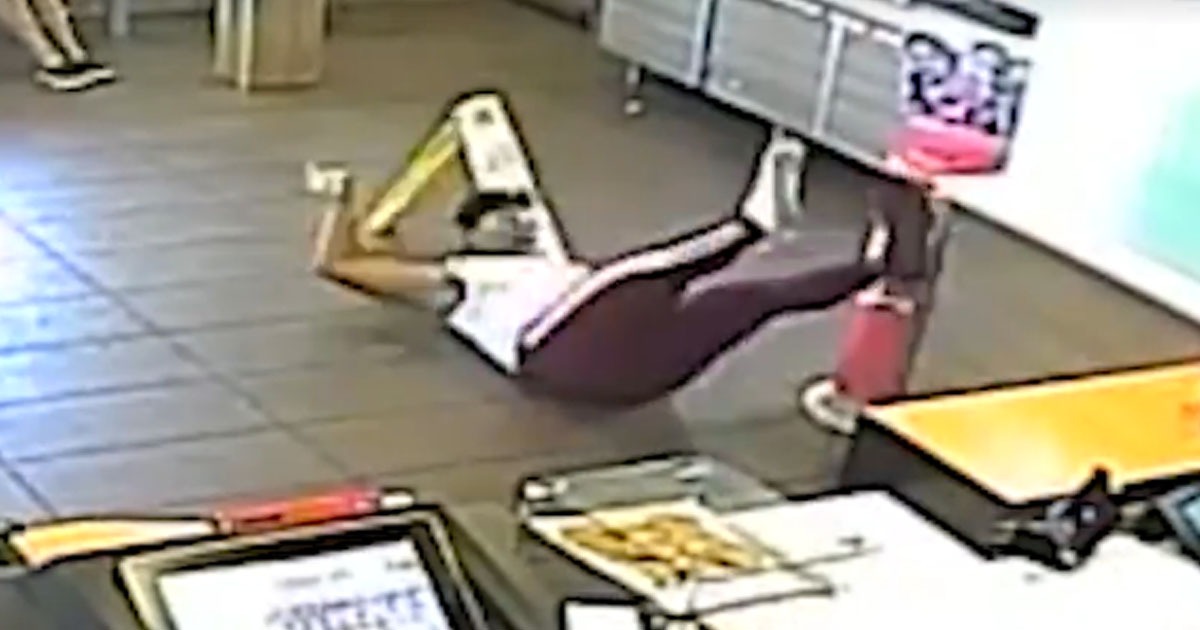 CINCINNATI — A video circulating social media showing a woman angrily complaining to staff getting hit in the face with a blender, has gone viral.

CCTV footage caught the altercation between the unhappy customer and manager before tensions flared.

Britany Price, who was floored by the flying blender, says she had entered the restaurant after staff had messed up her order.

Price’s children were waiting in the car for her as she went to confront staff over their error.

However, restaurant staff took a long time to respond.

“I wasn’t the only one that got frustrated, you know, watching the video we see a lot of people that see me and her talking, trying to resolve the issue and they’re like, I’m not dealing with this, you know, they just left, they didn’t even place their order,” Price said.

According to Fox31, Price had waited around 25 minutes before giving up, returning to her car to grab her original order to request a refund.

The manager responded by launching a blender at Price.

The blender ricocheted off Price’s face as she fell heavily onto the ground.

Price claims she has had surgery to repair her injuries as well as several medical visits.

In spite of the severity of Price’s injuries, no charges have been filed as of yet.

After the incident, McDonald’s released the following statement:

“The safety of our customers and employees is of utmost importance to us. We are looking into this matter and will take the appropriate steps once our investigation is complete.”